Y axis and base plate

As outlined in part 1, the baseplate has the Y axis linear bearing and actuator mounted directly onto it.

I started out with a 25mm thick slab of aluminium 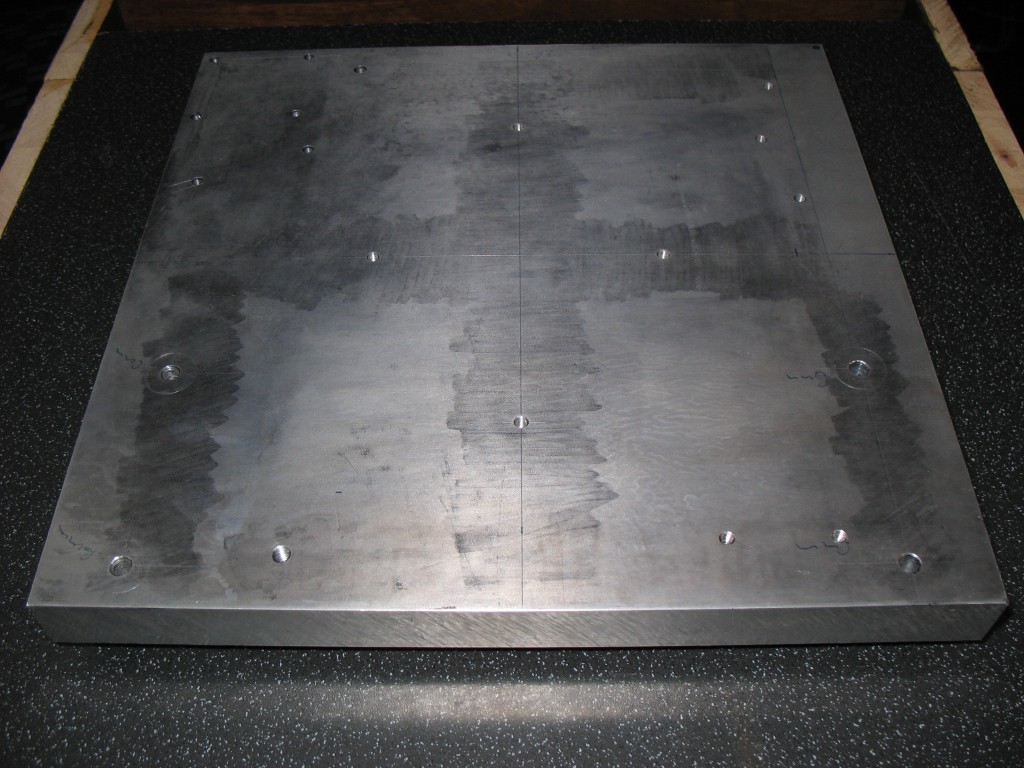 The markings are the remains of marking out ink.  I tend to use marker pens rather than the actual ink… it doesn’t wash off so well though.  The  finish on this aluminium is a little pours also.  There are some rubber feet mounted on the under side, held in place by screws. 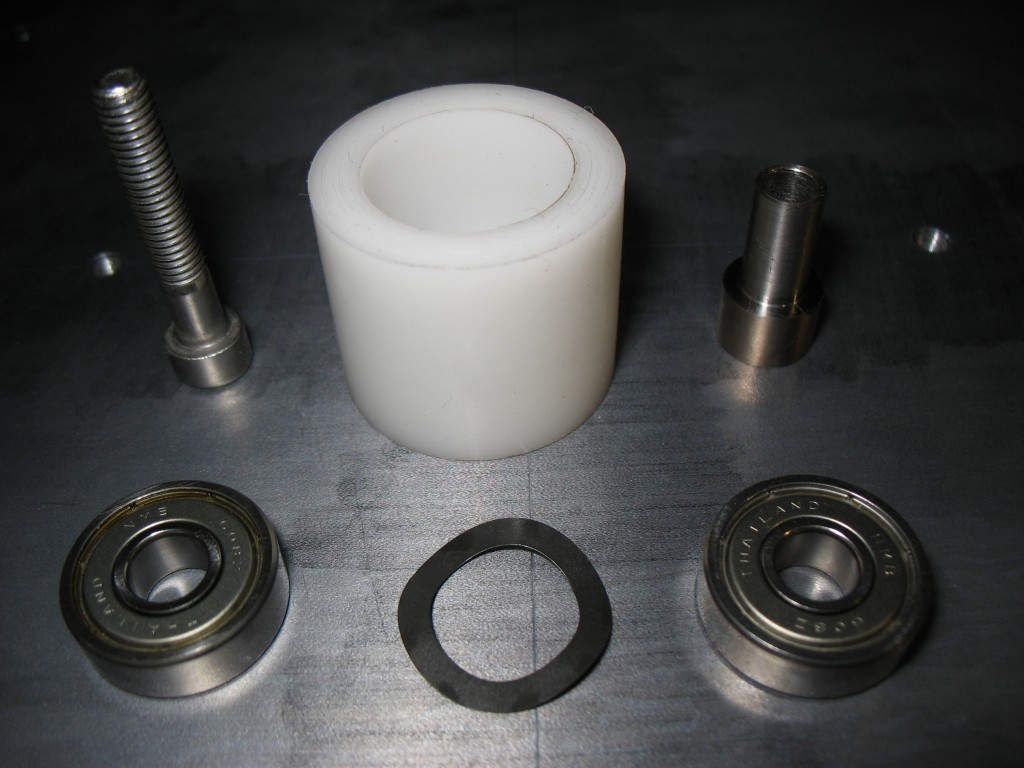 Bearing for the timing belts driving the Y axis

The outer part is Delrin.  Making parts like this is on the lathe is surprisingly hard,  one slightly generous cut and the part is wobbly and useless.  everything must be machines to 0.05mm at least.  I needed two. 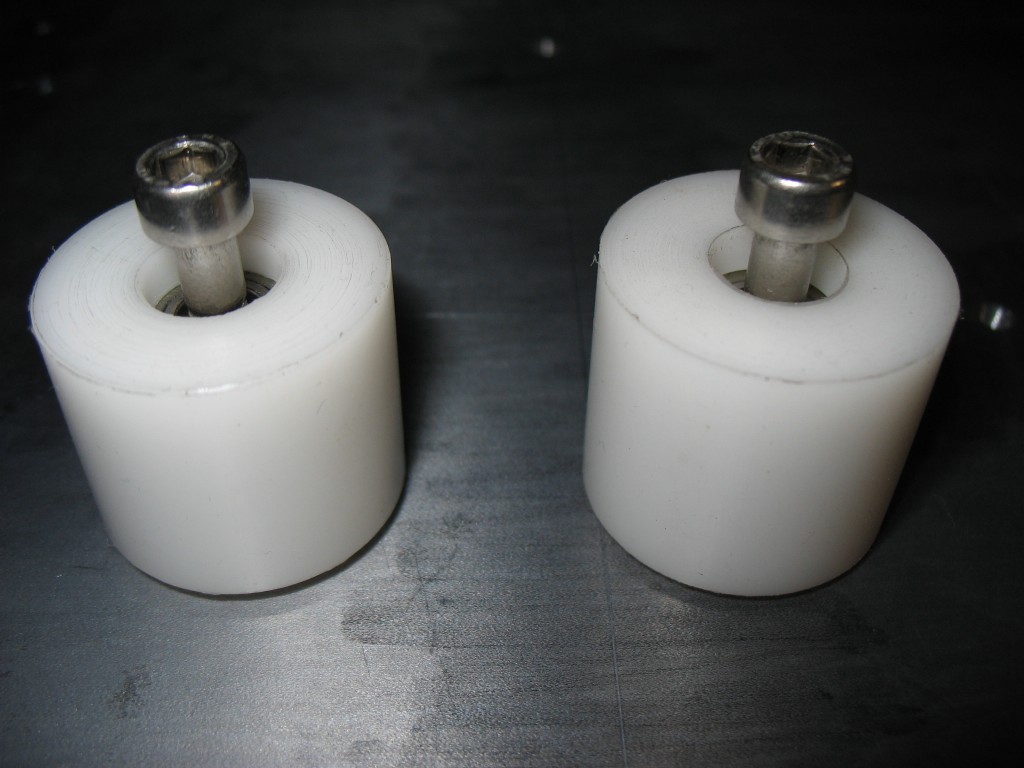 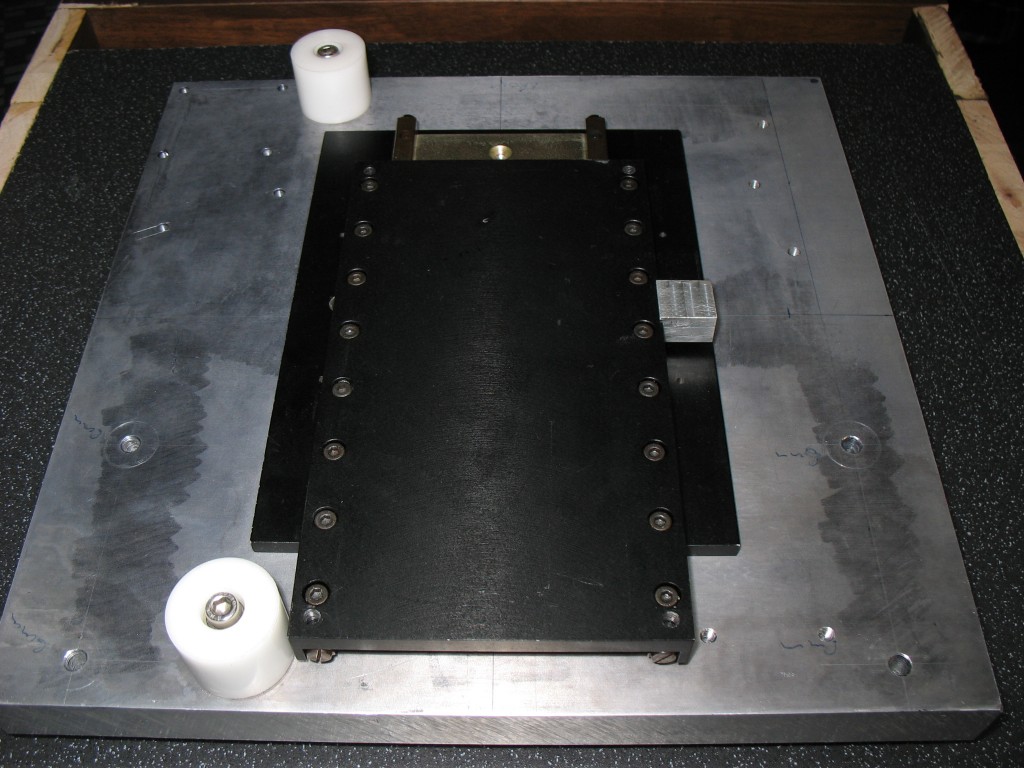 Linear bearing for the Y axis and belt bearings mounted on the base plate.

The linear bearing assembly was a lucky find on Ebay.  Bearings are of the crossed roller type, very rigid and total overkill for a 3D printer.  It was cheap though.  The little tab on the right is for the limit switch

The Axis is driven by a stepper motor 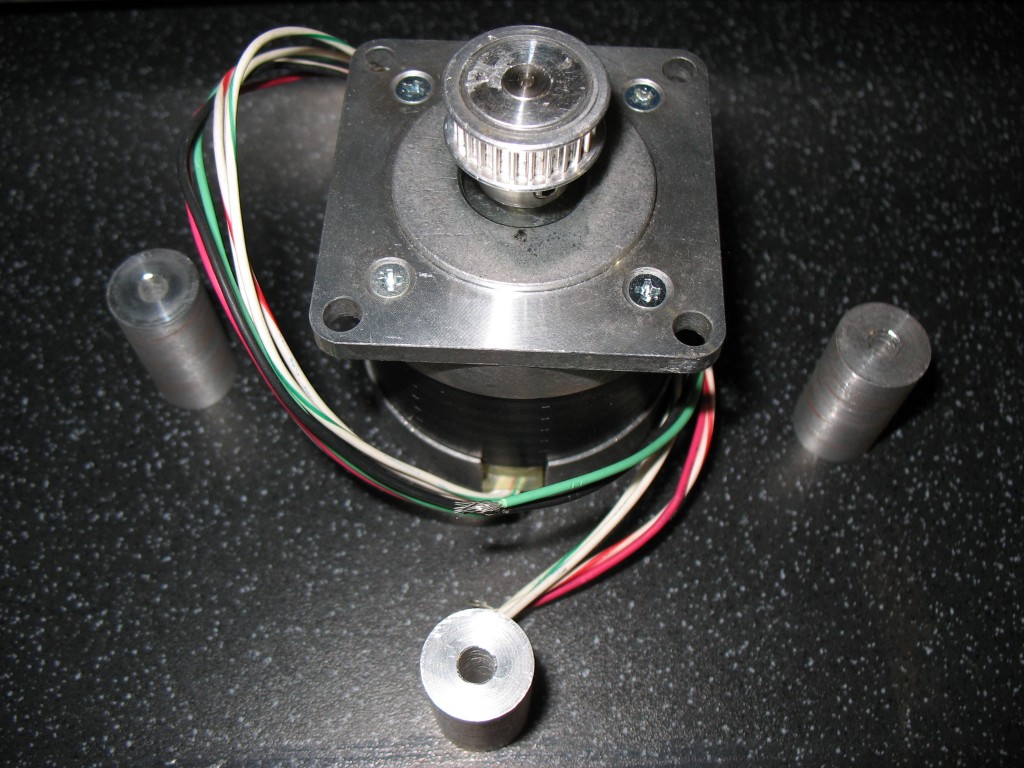 Yes, there should be 4 supports.. one of them got in the way of the belt, so had to go.  3 is enough anyway. 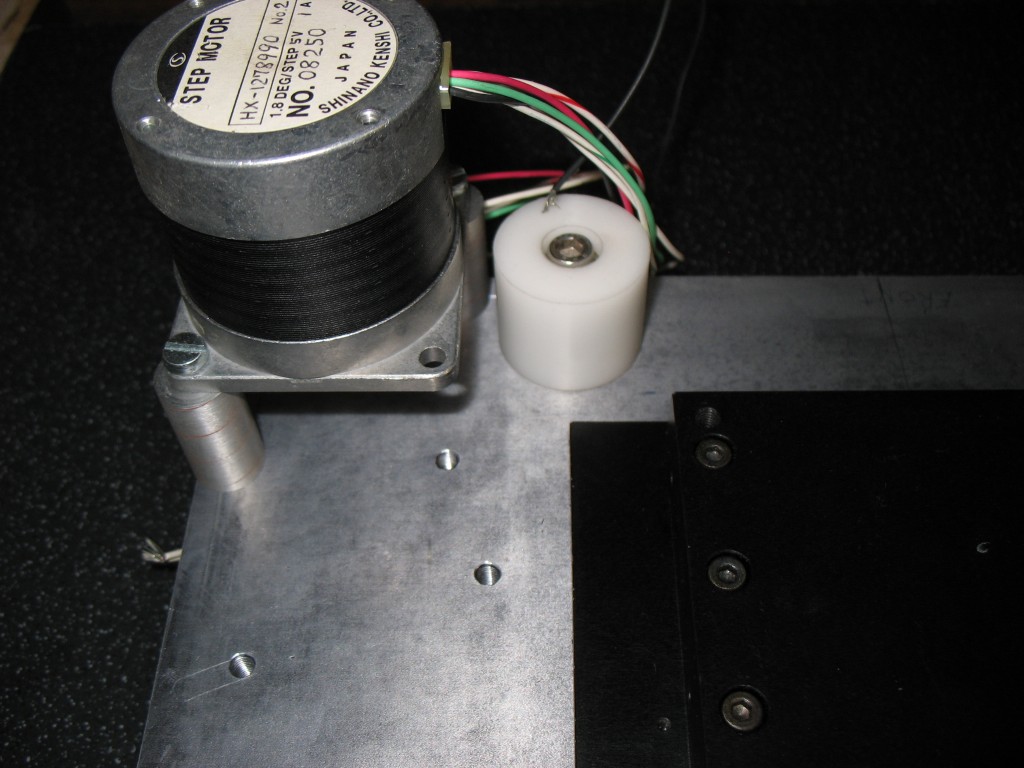 Y axis motor mounted on the base plate. 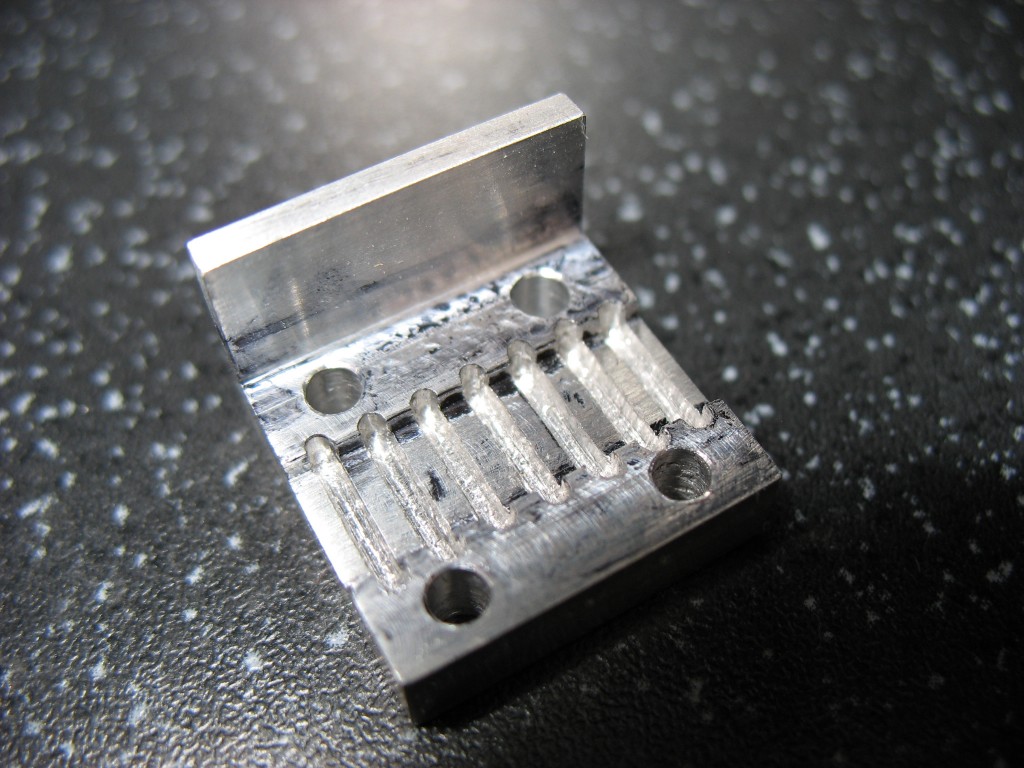 Another small precision part, this one was particularly tricky due to the size.  The grooves engage with the teeth on the timing belt and keep a hold on each end, as well as coupling the motion to the linear bearing carriage. 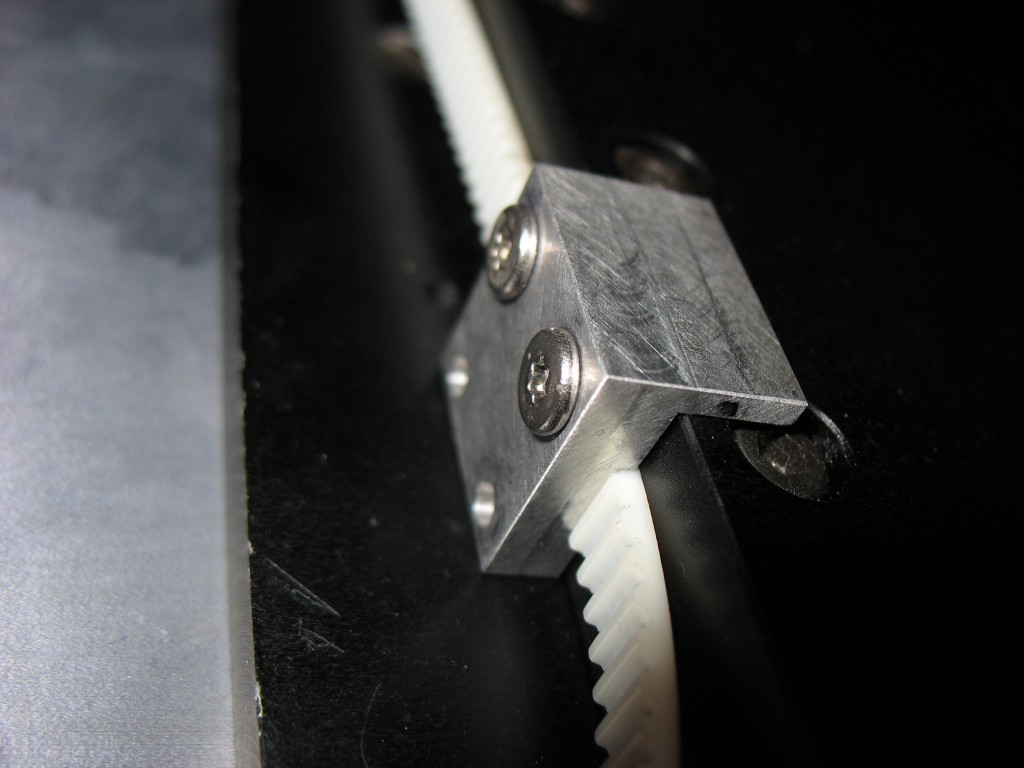 I had the other two screws… somewhere. 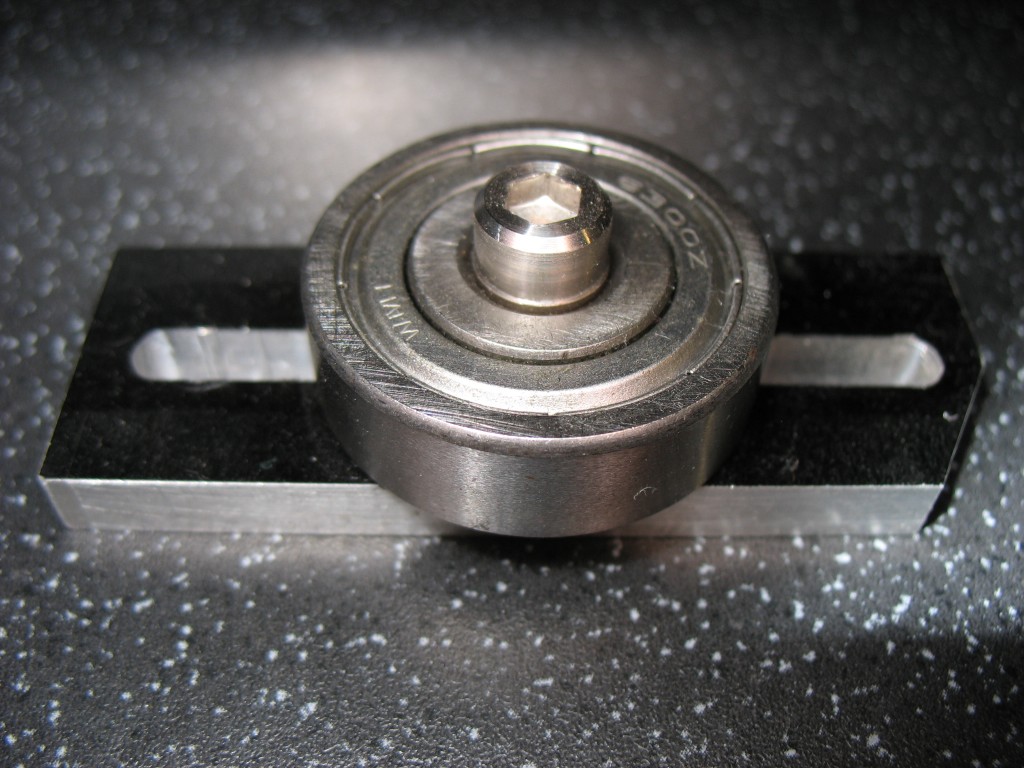 This is a simple roller to take up some of the slack in the Belt.  Bolt was ugly and required tidying on Lathe. 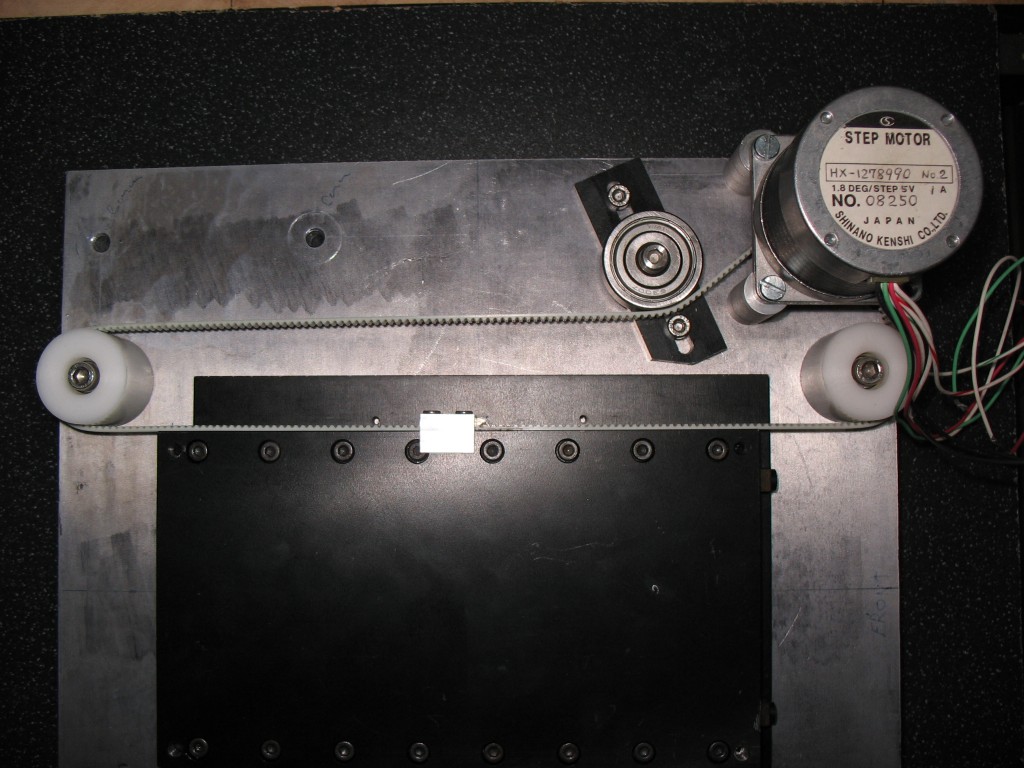 The whole drive system.  Tensioning slide pushes in then the bolts are tightened. 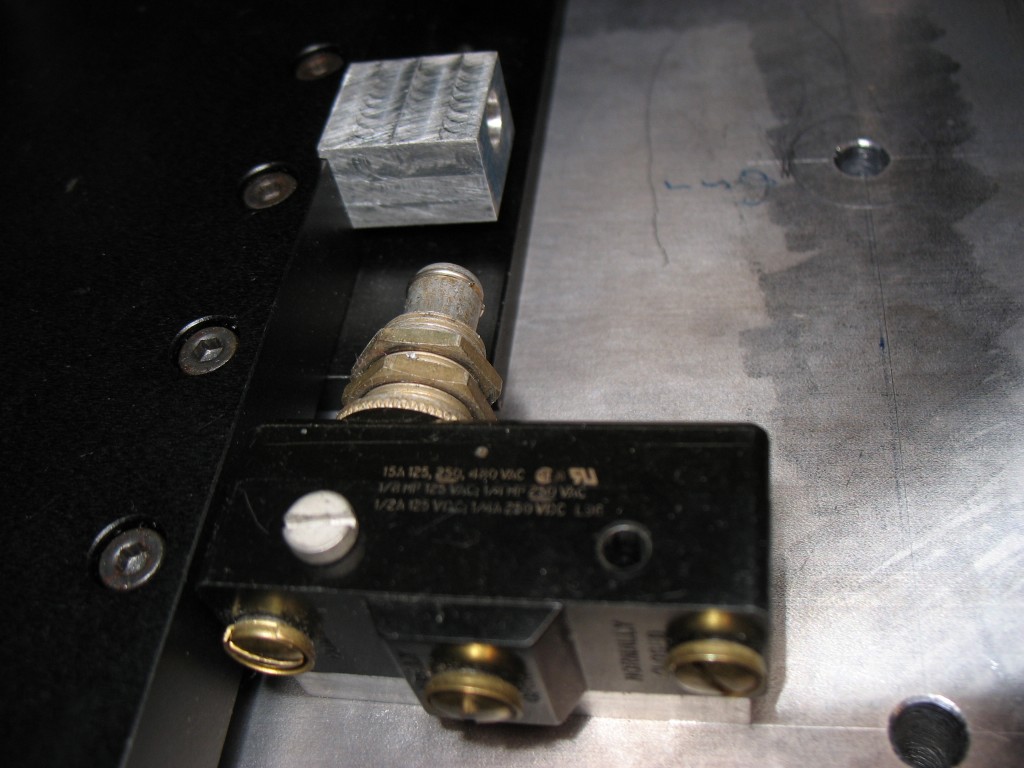 *where* did that other screw go???

The limit switches provide a reference point for the CNC software to zero the axes.  Using stepper motors makes attempted overshoot not such an issue, so there is only one switch per axis. 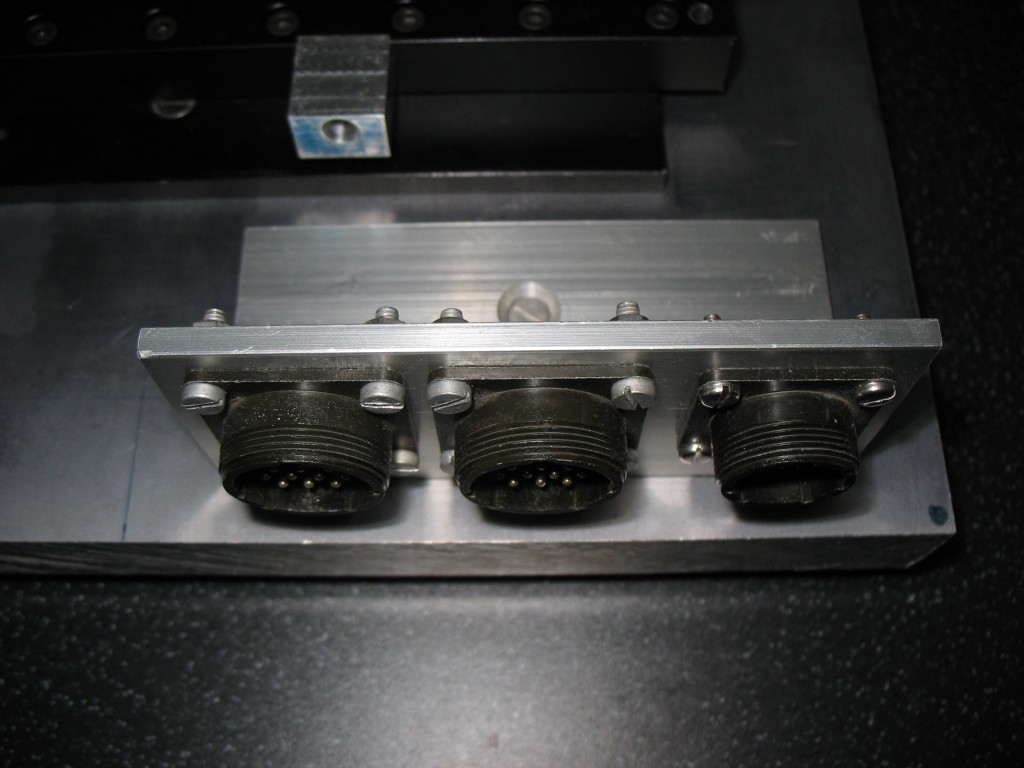 Robust electronics was a requirement and as such proper connectors are used to connect the printer to the control box.  these three connectors provide 30 conductors through which to control all the motors, heaters and provide sensor feedback to the control electronics. 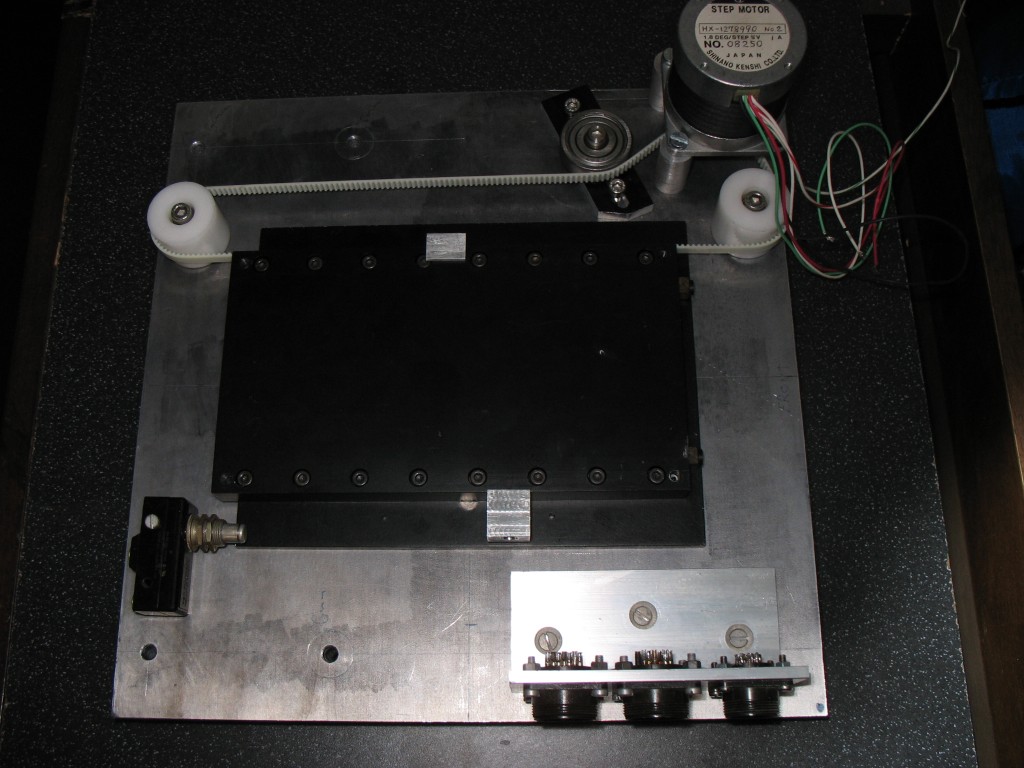 Complete axis with everything mounted.

Everything mounted.  The four remaining holes are for the Z axis bearing bars, which will be covered in a subsequent page