CDU stands for ‘Control Display Unit’  It functions as the interface to the flight computer.   This one is from a British Lynx military helicopter and as such has the over engineering and high quality you would expect from military avionics gear. 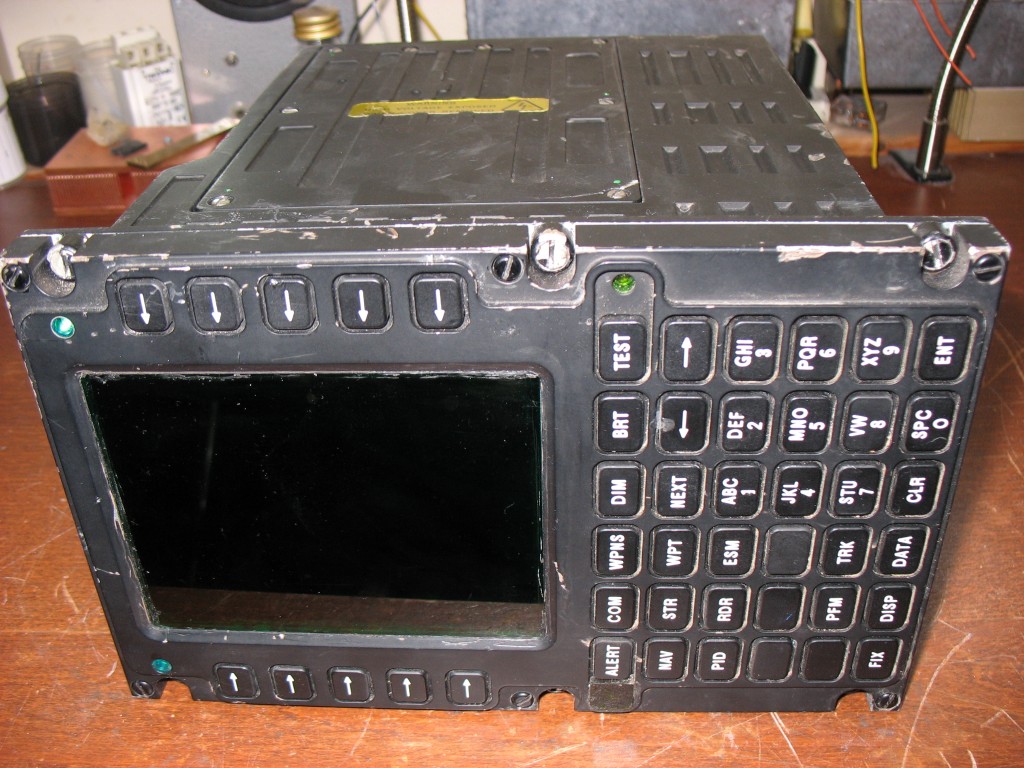 The casing is all very nicely cast and solid. 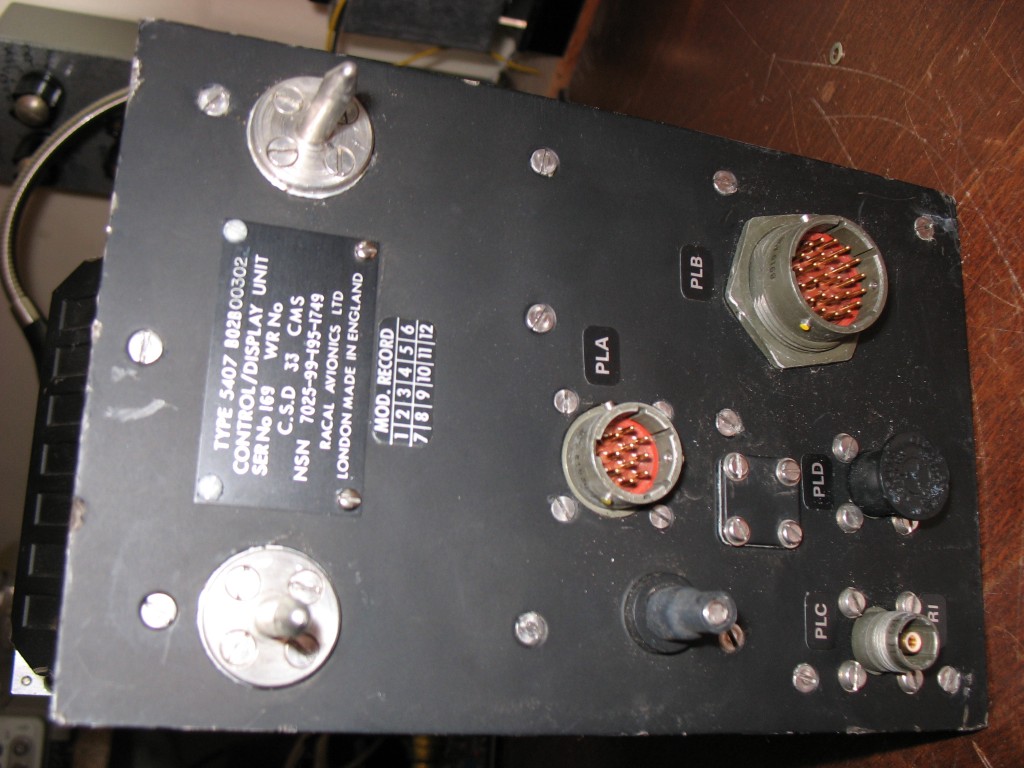 The case is a full aluminium casting, front panel buttons have a firm action. 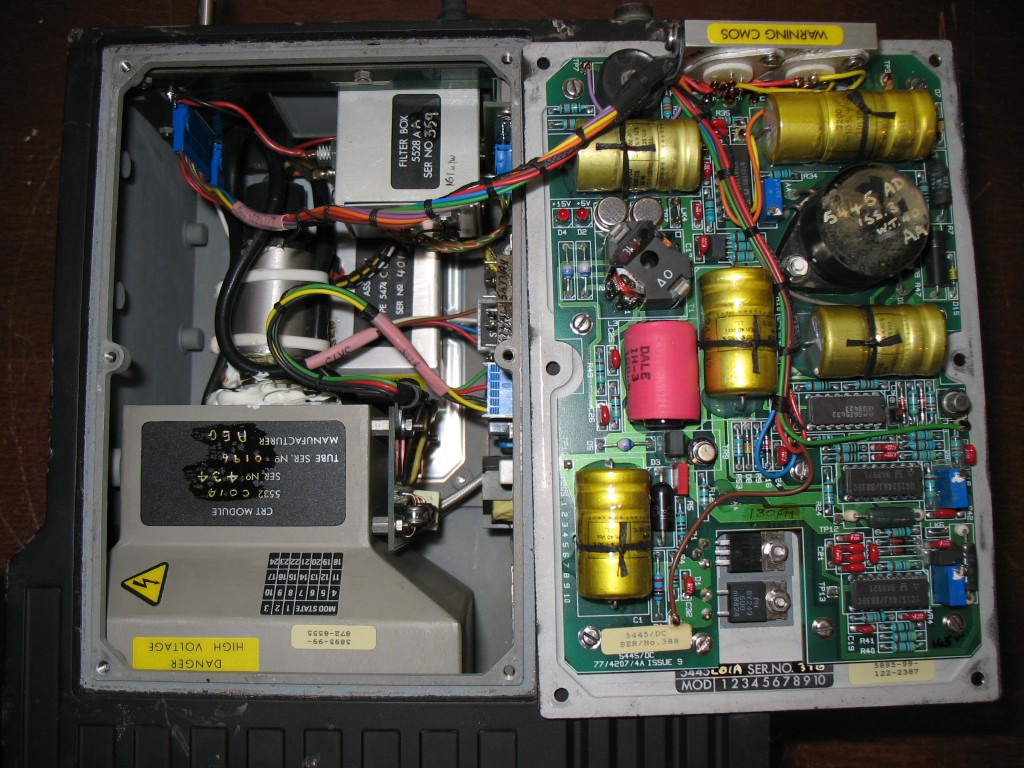 Side panel removed, showing the pain PSU board and video electronics

Obviously in a helicopter things can get a bit vibraty, great lengths have been gone to mitigate the effects this 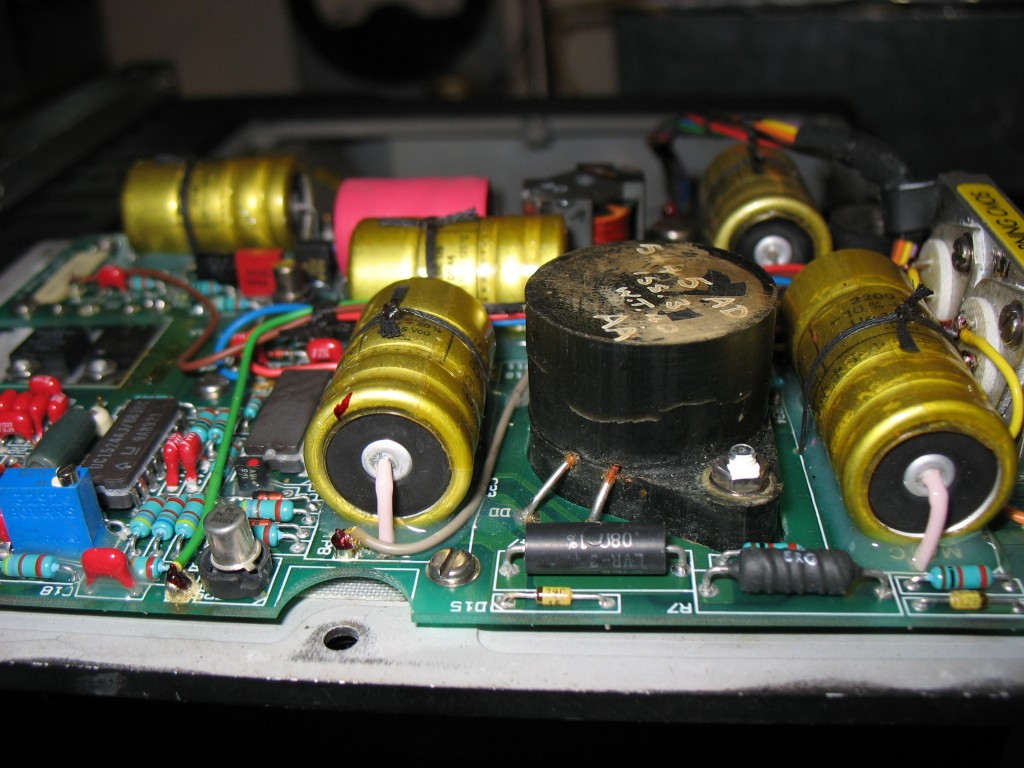 The PSU board, showing large components tied and glued down.

The adhesive used appears to be some sort of silicone, rather than the usual hot-melt used in this application.  Its not adhered that strongly to the components but appears to function more to fill in the gaps and prevent wobbling. 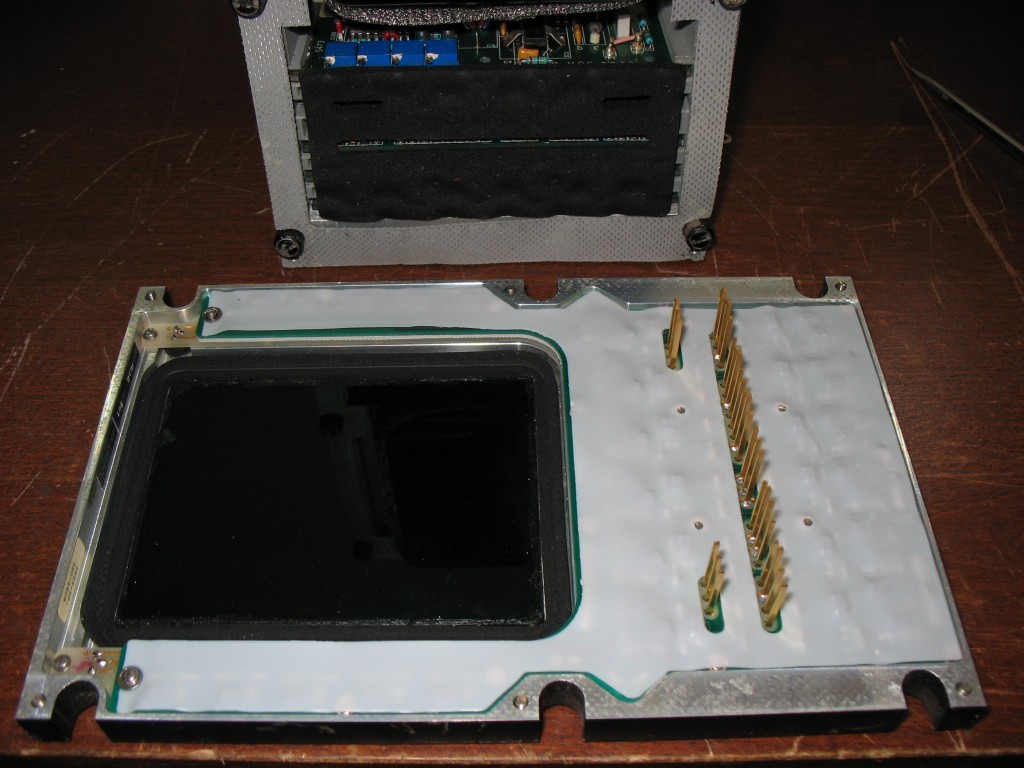 The front panel removed.  A Teflon sheet separates the front pcb from the rest of the electronics.  Interestingly the indicators are incandescent bulbs… an odd choice as they have used LEDs as indicators on the PCBs as we will see later.  Much shielding around the CRT and a RF gasket is used round the edge of the casting. 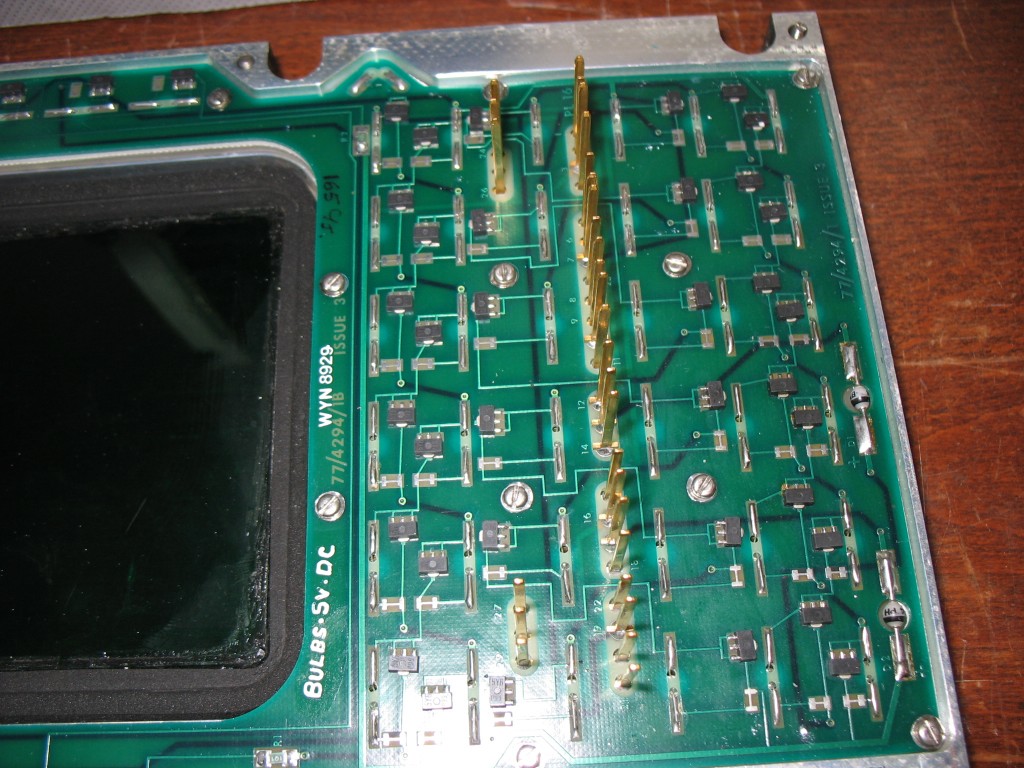 No idea what they are doing with all those transistors. 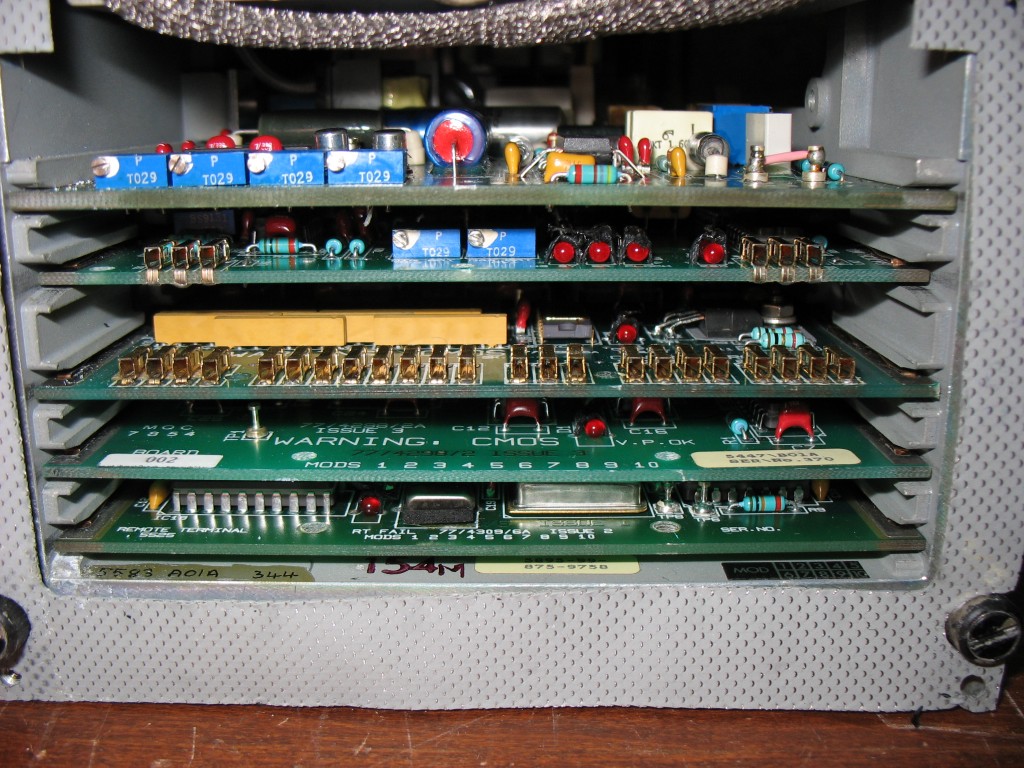 The built in card cage. LEDs can be seen on the edges of the PCBs, each tied down. 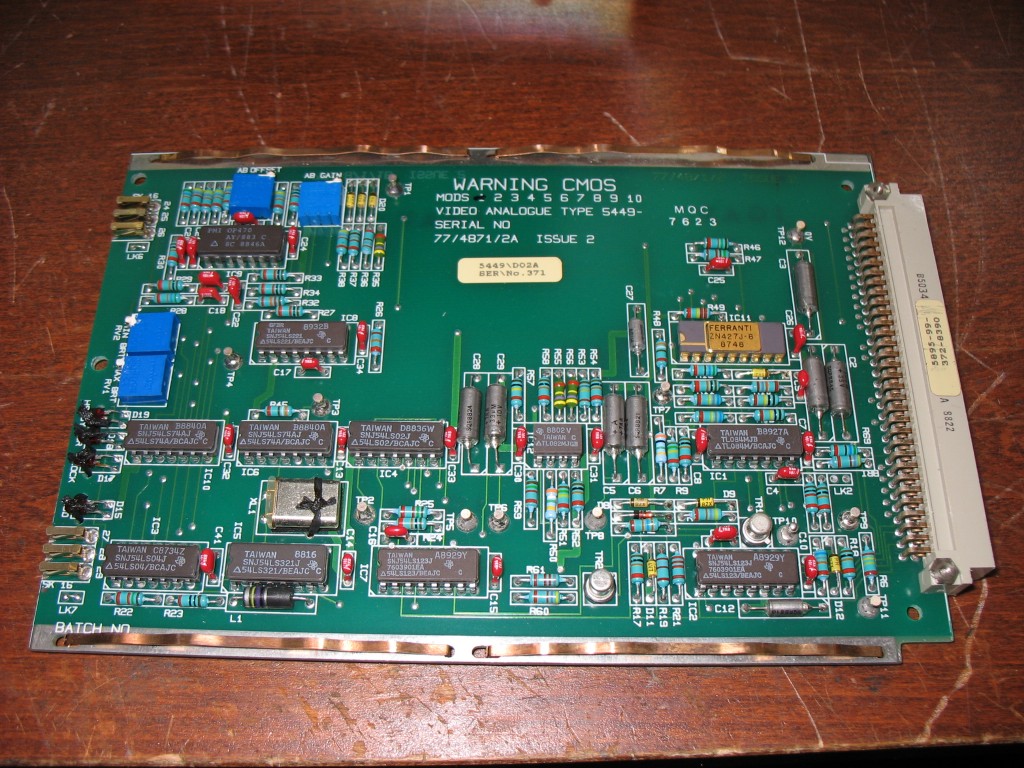 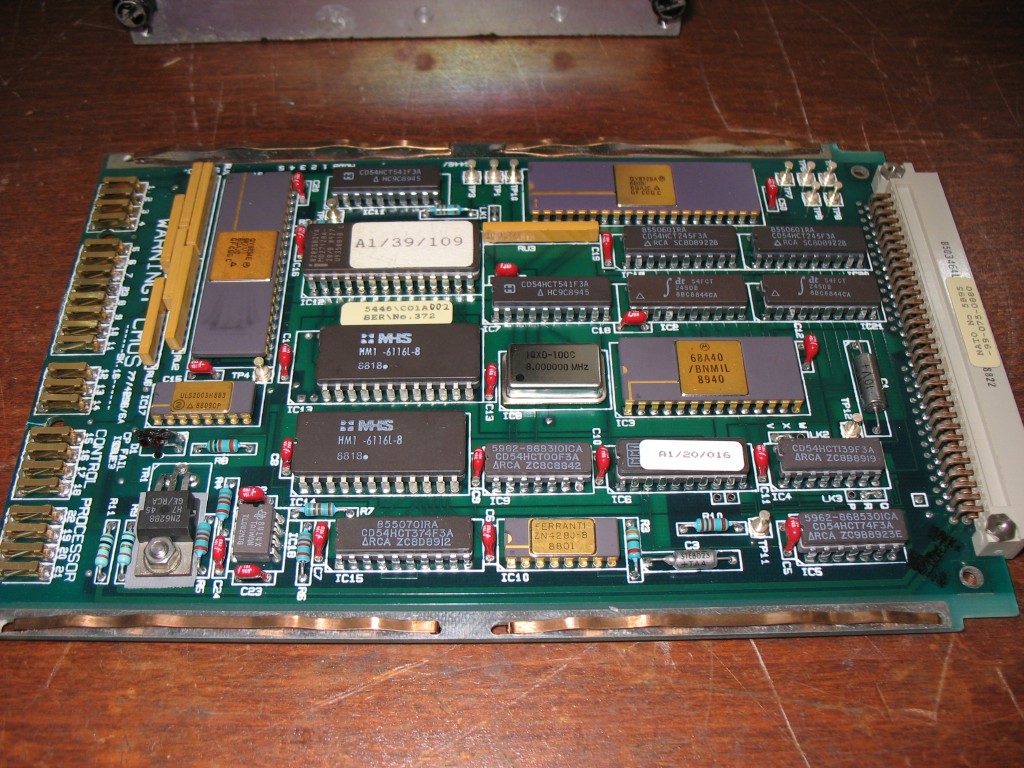 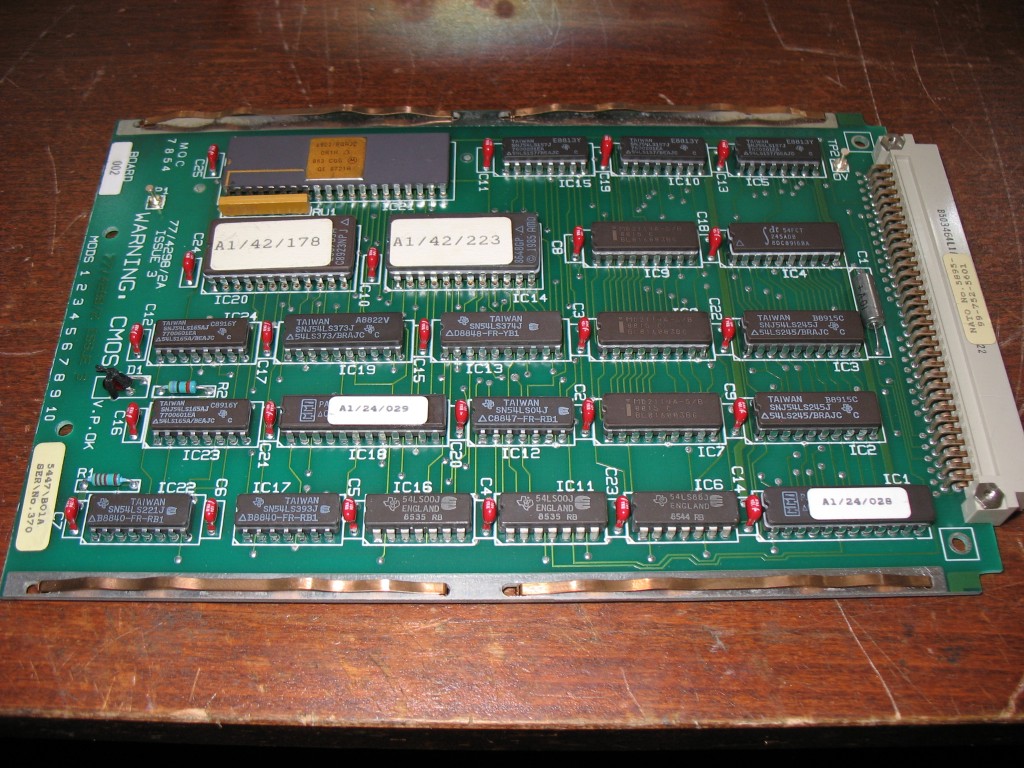 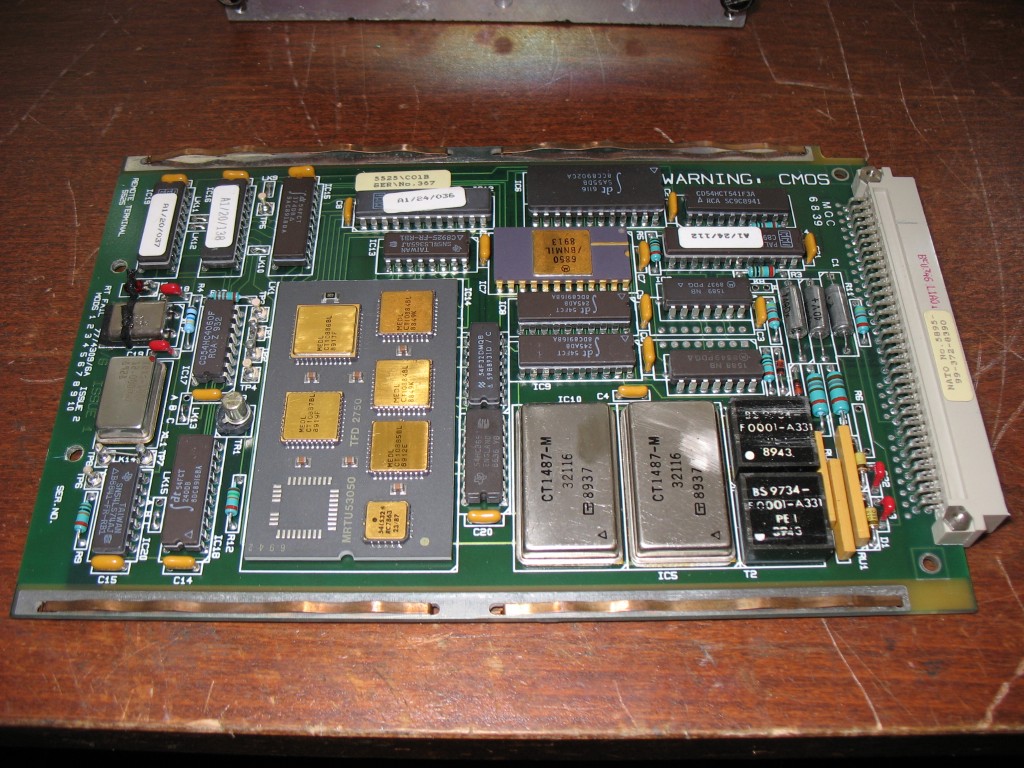 Line driver board for the serial IO

Undoubtedly the most interesting board of the lot.  This is the line driver for the dual serial connections.  Not entirely sure what standard (if any) is used here, probably some variant of vehicle or CAN BUS.  Its common for these busses to use an encoding system like Manchester coding, where bits are transmitted by state transition direction rather than the state it s self.  This has the advantage that even with large strings of continuous 1s or 0s there is no DC on the line, so it can be inductively or capacitively coupled.  On this board, coupling transformers can be seen near the right hand edge.  The silver modules are the drivers I assume.   No idea what the function of the large hybrid module is,  looks expensive though! 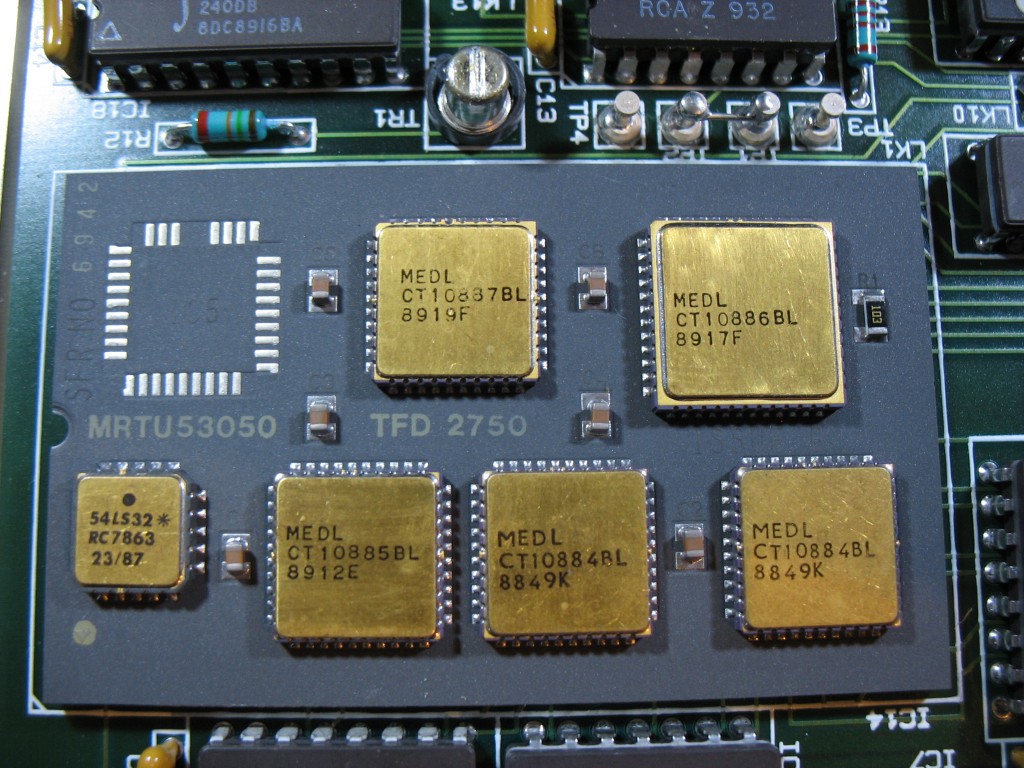 A close up of the multi chip module.

Probably cost as much as a car new.  goggled the chip numbers but didn’t get anywhere, not surprisingly

I noticed while inspecting the innards the filter box output was marked as 28v where the wires joined to the pcb.   this lead one to an interesting possibility… 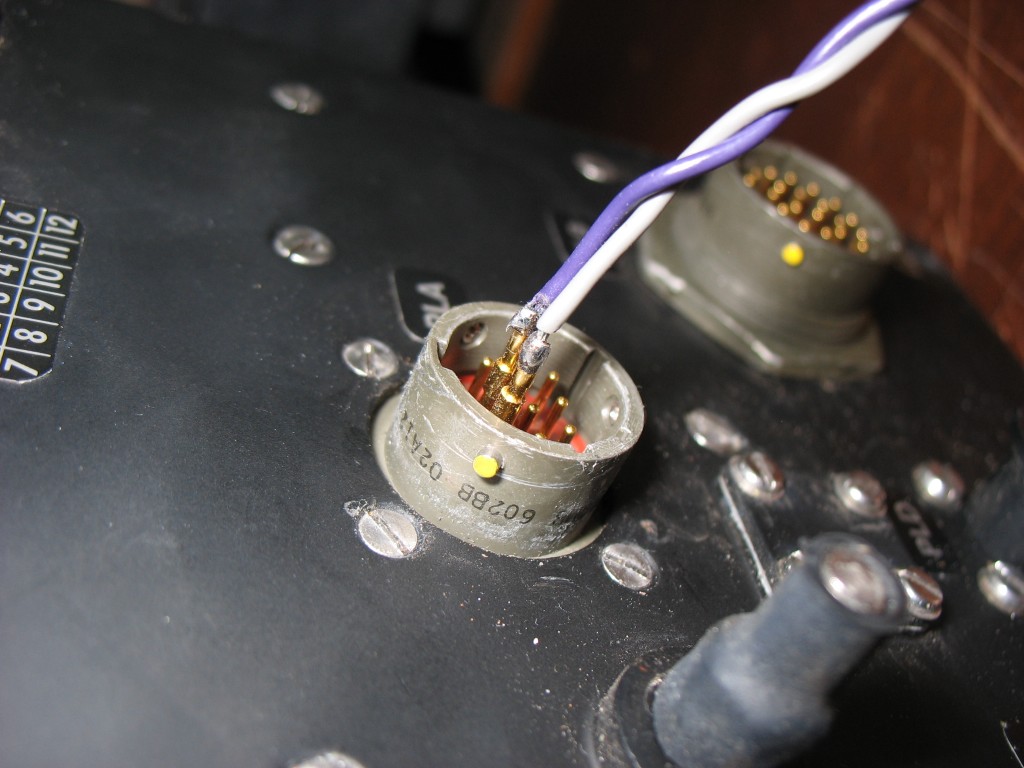 A quick check with a continuity meter revealed the external pins thet connected through to the 28v wires. 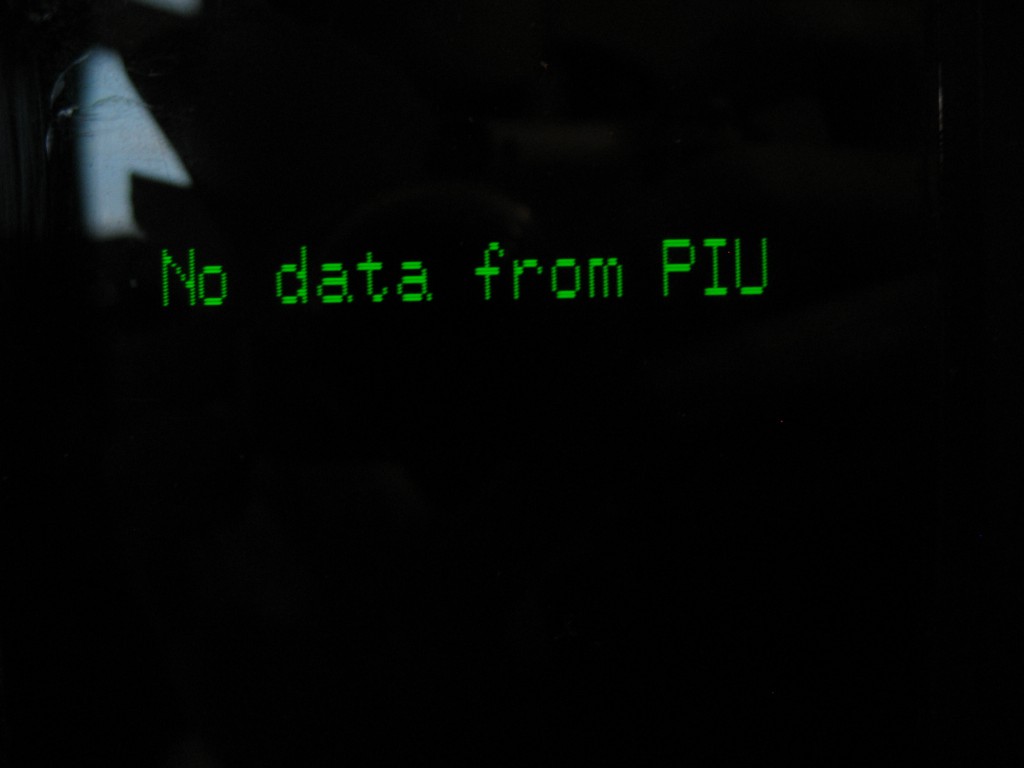 Applying power, it came alive after a short pause.  Not surprisingly it doesn’t do much not connect into the rest of the helicopter,  I was able to summon the testing menu though 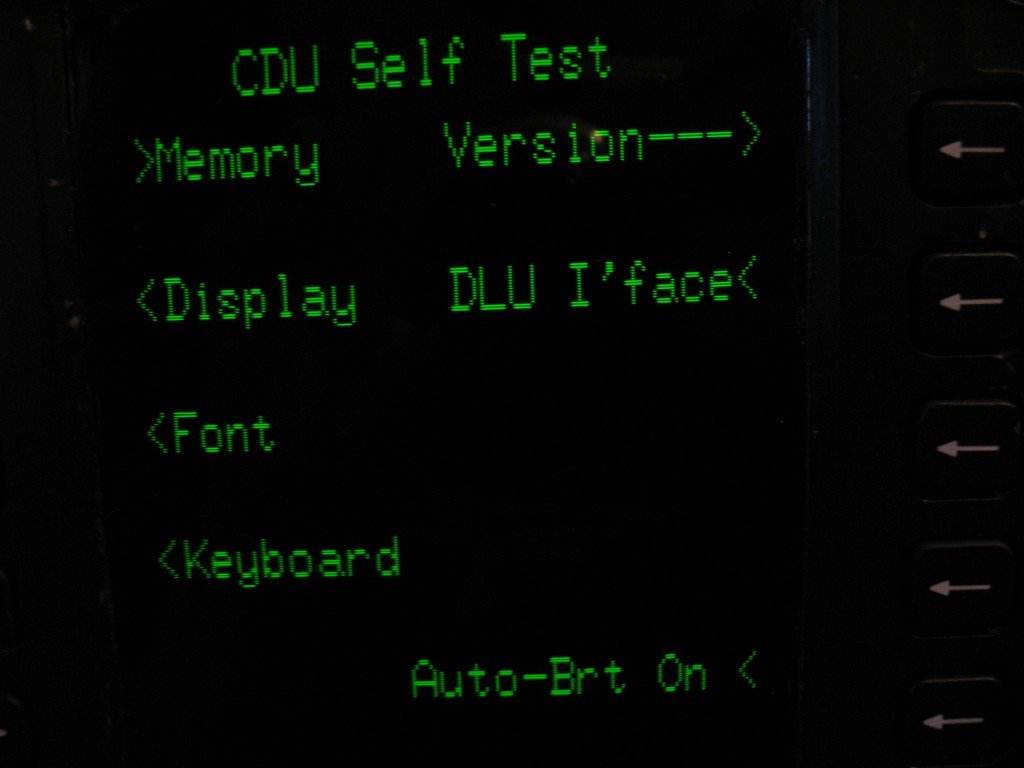 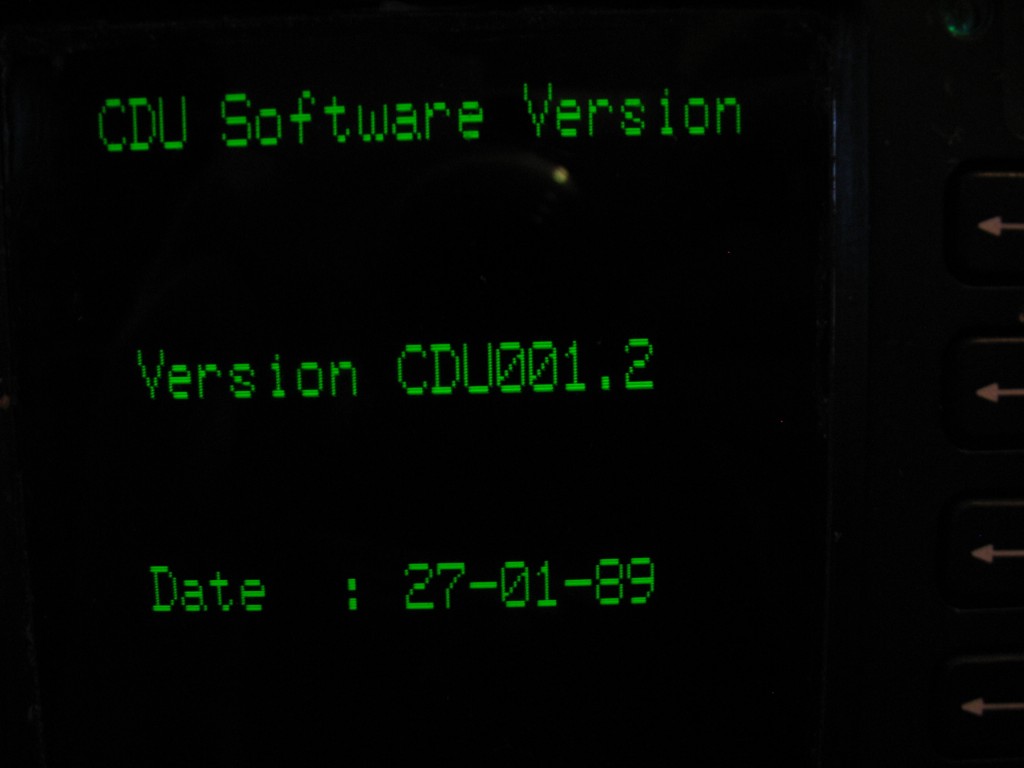 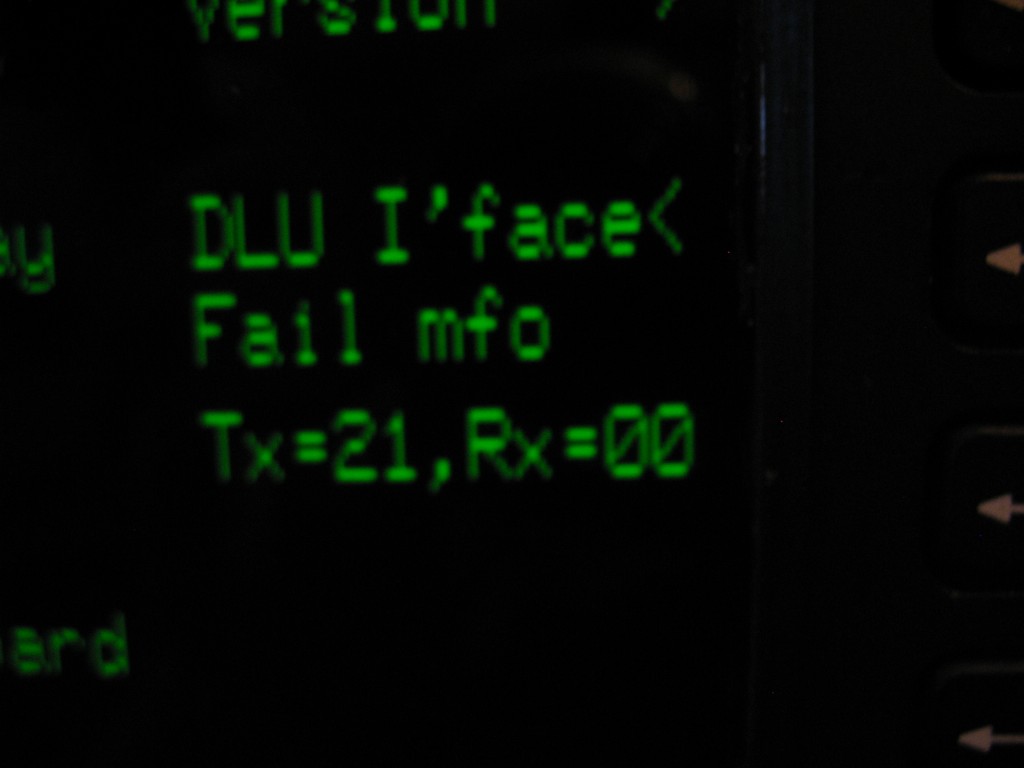 An error when selecting the DLU I’face option.

And that’s about it.  What am i going to do with it?   no idea.   I had thought it would make a cool mpd terminal but there is no way it could be hooked up to anything as is.   adding a raspberry pi or other small embedded system to drive the crt directly may be an option, though the CRT is orientated vertically rather than the more standard horizontally which may cause issues.  Maybe I’ll just ebay it again.