The tailstock on that comes with the SIEG C3 lathe isn’t so good.

For reference, here it is 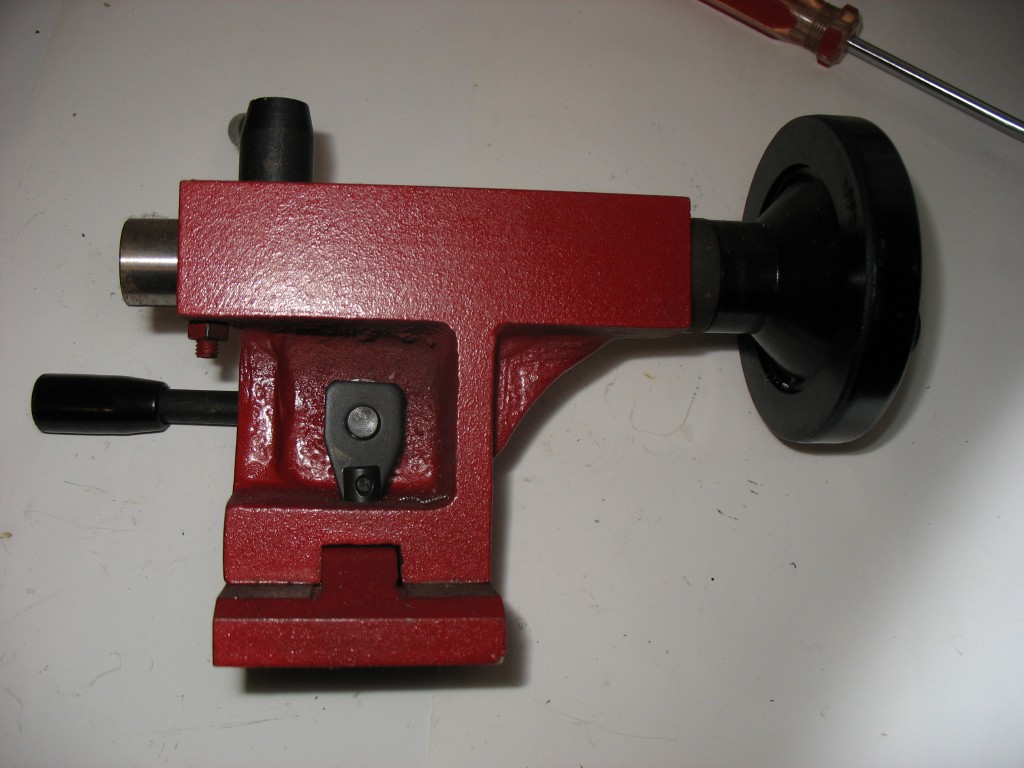 The base is too small and mates poorly with the body of the tailstock.  Such adjustment as there is isn’t executed well enough to really work very well.  After trying and failing to really make it work well enough, I went looking for an alternative.

Fortunately there is another variety of Chinese lathe, known as ‘Real Bull’ in the UK (available in the US under different names) that has a much more substantial tailstock that is more or less compatible with the sieg model.  Unfortunately though this too has some problems. 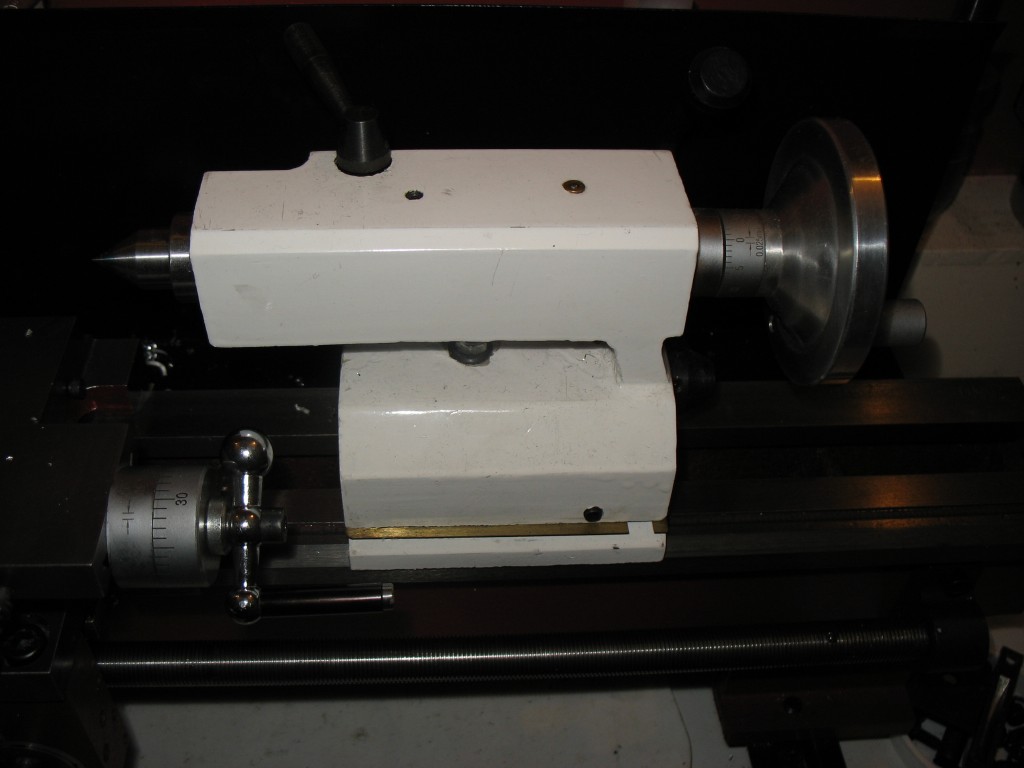 Altogether a much more substantial tailstock! it was about £30 i think.

The problems with this bigger tailstock are:

* It’s not *quite* the right hight for my lathe.  It needs about 0.5mm of shimming.  That’s easily solved at least.

* There is 1, yes, one! M6 bolt that locks the body of the tailstock to its base,  and its located on the under side which makes it impossible to tighten when you finally  get the thing aligned.

* The finish is a but crusty in places

A review of its workings yeilded one importent insite; The locking mechanism is  unnecessaryly  complicated 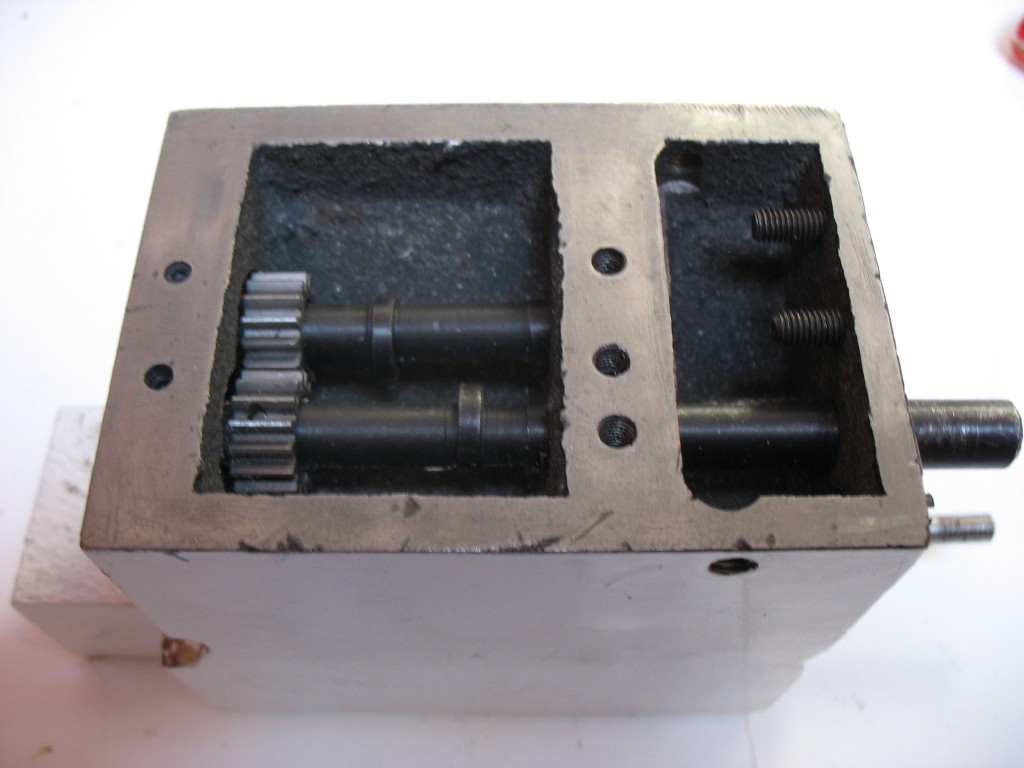 This is the underside of the tailstock with the base plate removed.  The two geared rods have little mini cams which are suppose to force a washer above them (in normal orientation) up.  This force is transferred to the locking block under the bed by a thin(~5mm) threaded rod, bringing it into contact with the bed its self.  A nut on top of the washer provides a means to adjust the system.   All that just to get the thing to lock in place with a leaver instead of needing to tighten a bolt.   The biggest problem with the locking system though is it doesn’t work.  Not on my lathe anyway.  Maybe its better on the lathe its designed for but its either still wobbly when  tightened, or its still a bit too locked when its meant to be loose.  The second problem is the rods get in the way of the next planned upgrade.   It’s got to go.  I don’t care if I have to lock it in place with a spanner, that’s no worse than I have to do now anyway.

I determined the best thing to do was strip out all the silly stuff, and replace it with a much simpler and more substantial system.

First, The only surface that can be used for adjustment and locking nuts needed to be cleaned up.  Lots of filler and paint had been used to improve the appearance of the rough casting. 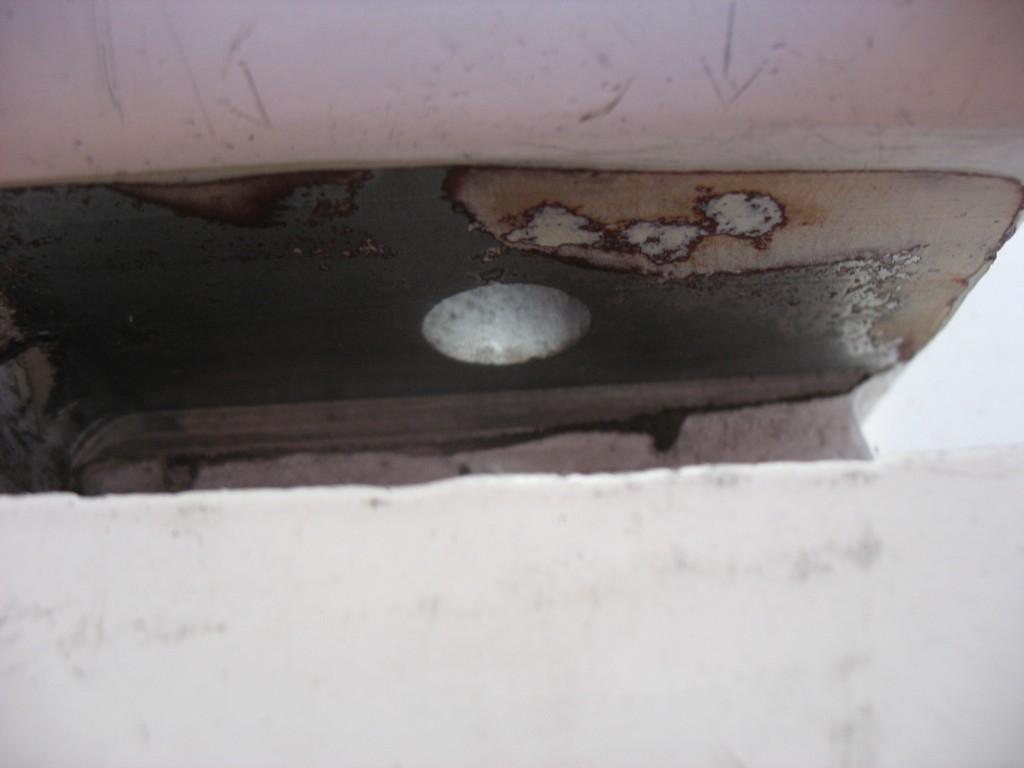 Not owning a mill that’s remotely up to this, I went and used the one at the local Hackspace.

Next, the underside of the tailstock body and top and underside of the base plate had to be lapped to produce good wobble free interfaces with each other and the lathe bed.  This was achieved with wet&dry paper and scraping.  The somewhat venerable technique of scraping is still very useful to achieve matching surfaces and was invaluable in making this tailstock usable.

To solve the problem of locking the body to the baseplate and therefore hopefully make alignment much easier, two M8 bolts will fasten the base plate and tailstock body together.  They will tighten from the top, so the whole thing can be adjusted and brought into alignment with the headstock, then locked in place without having to muck about getting access to the underside of the thing.  Locking the whole tailstock to the base  will be done by a much more standard system and probably actuated by tightening a nut with a spanner.  While slightly less convenient than the leaver system, it is a LOT MORE convenient than a leaver system that doesn’t work.  Also simpler and I like simple.

Holes were drilled and tapped to M8 in the base plate and two bits of M8 studding epoxied in place.  I am quite a fan of using epoxy like this,  using the 24 hour setting composition in a situation where the metal takes the load and the epoxy just fills in the gaps the bond is incredibly strong. It’s job here is just to prevent the rods from wandering and causing problems 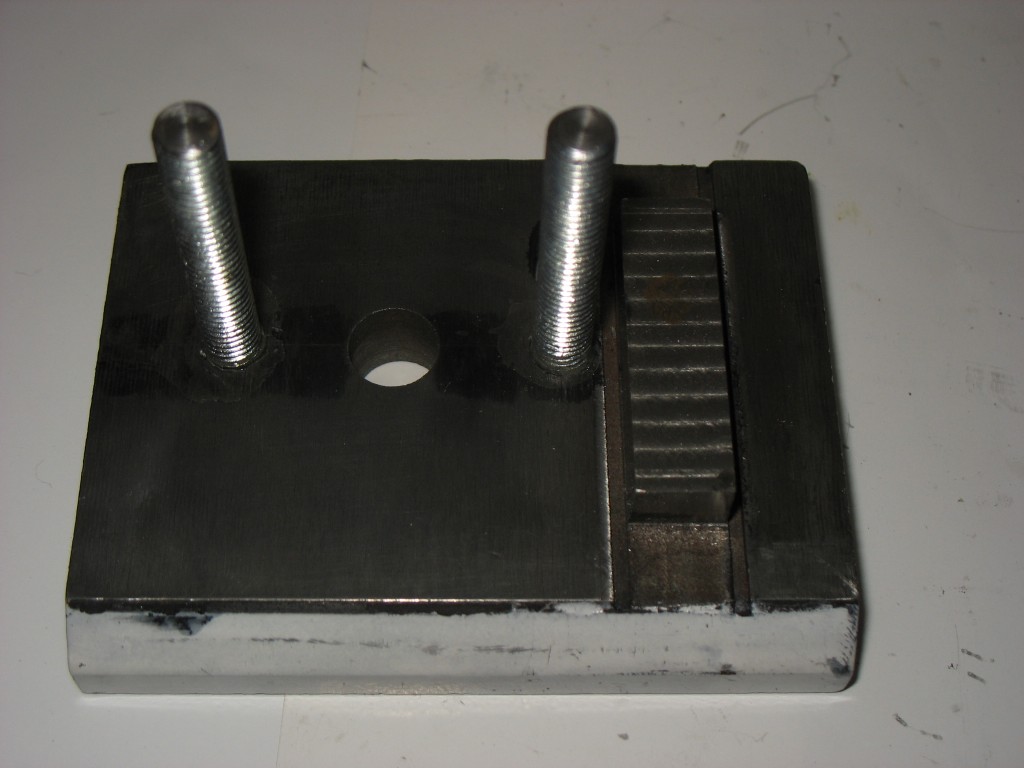 I also tidied up the bit that had been used for adjustment in the previous arrangement.  I considered making use of it but gave up on the idea,  there is just no nice way to implement a adjustment scheme for all the required degrees of freedom so I’m not even going to try.

Here you see the extra holes I made to admit the adjustment rods. 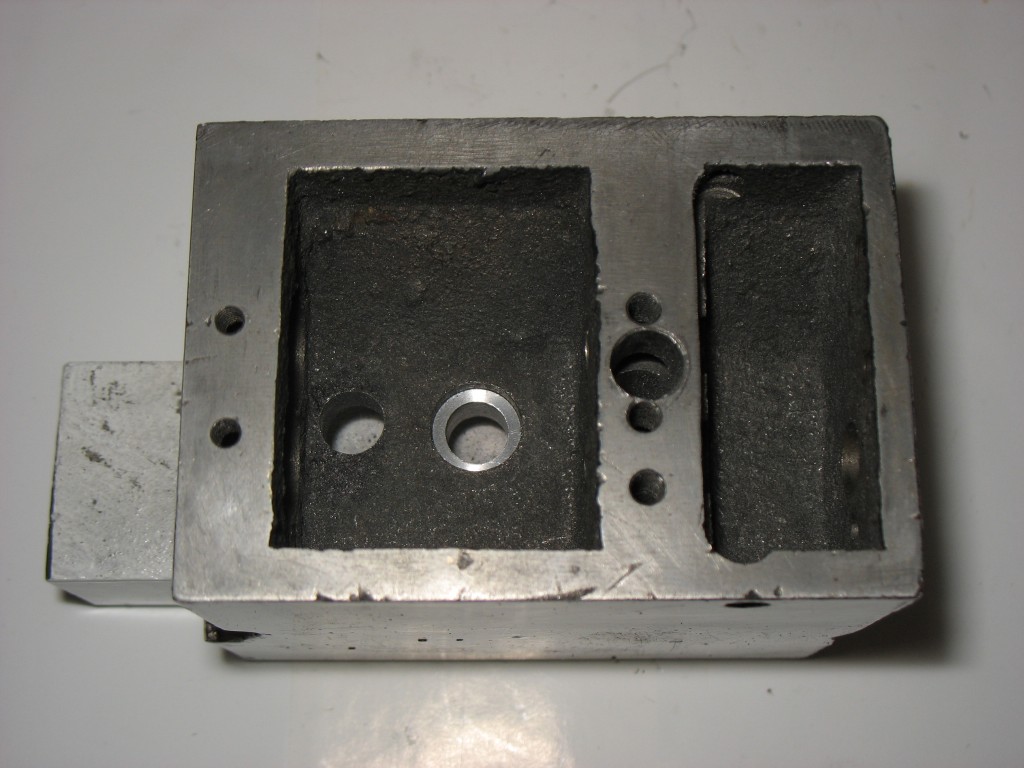 They are 9.5mm diameter so there is a fair amount of clearance for the M8 studding.  This allows some room to align the thing when it is mounted on the lathe.  The first is drilled directly through the bulkhead on the right and the second is right next to the left hand wall.  The nice thing about drilling cast iron is if the drill hits a cavity, it will continue in a reasonably straight line rather than veering off to one side.  Unfortunately the holes turned out to be a little too far forwards and needed to be enlarged on one side.  I have no helpful hints on how to avoid that, its something you can only really discover when aligning with the headstock, which you can’t do until you have made the holes!  Probably worth putting some thought into this before drilling.

A fancy washer shim thing was made for the main locking bolt in the middle.  From experience of tinkering with the previous mechanism, i had found that if the locking block is allowed to move much in the axis of the lathe bed, it would wedge its self a bit and impede the free movement of the tailstock when it was unlocked.  I therefore took the time to machine this little part to snugly fit over the M10 threaded rod and maintain its vertical alignment.  It also serves to raise the locking nut some way above the nuts used to hold the thing together. 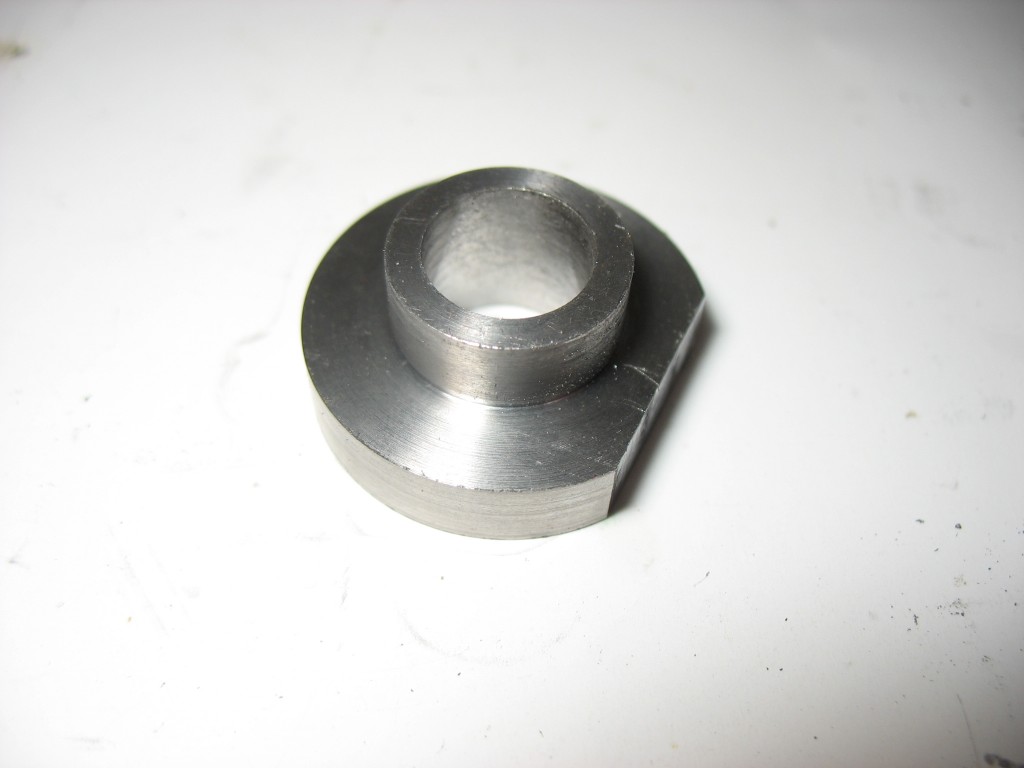 Here is it all assembled.  you can see the locking block on the under side and the raised locking nut in the middle. 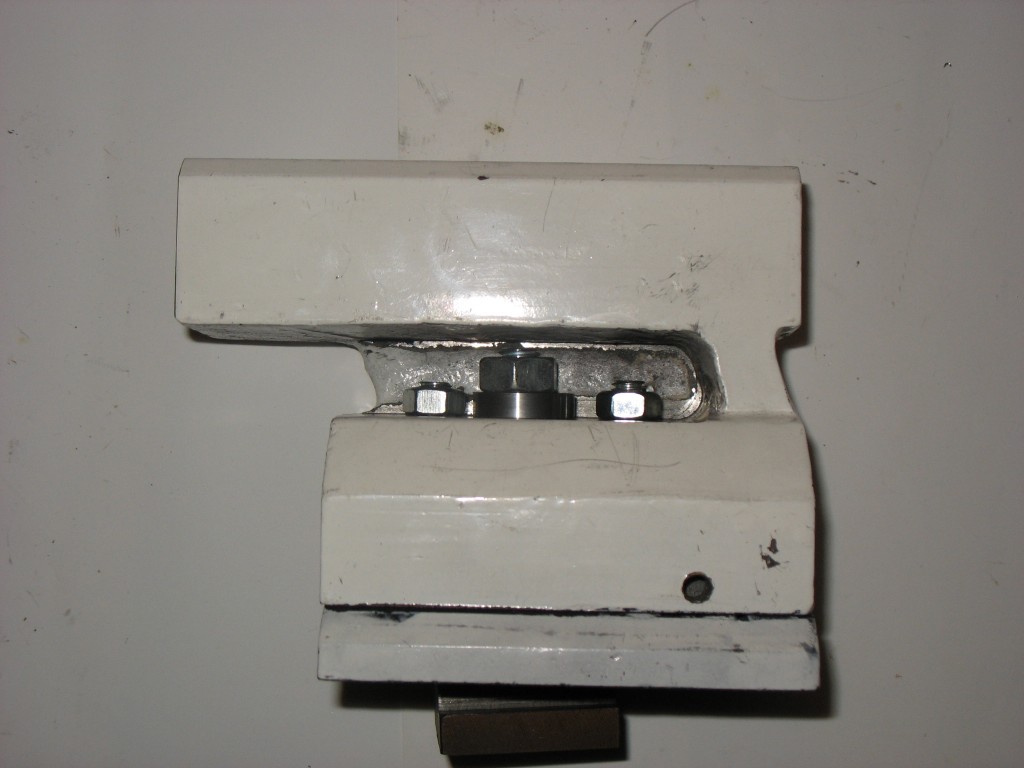 I suggest epoxying the M10 rod into the locking block,  I found it tended to wander with repeated tightening and loosening of the main locking nut and if it protrudes much from the bottom it starts to impinge on the reinforcement crossbars of the bed casting.

A further improvement was to machine the face of the tailstock to a smooth finish.  Previously this face was roughly filled casting with paint slopped over it.  This was a bit of a shame since the quill has quite a nice scale etched into it and the accuracy with which one could read it was spoiled by the rough finish. 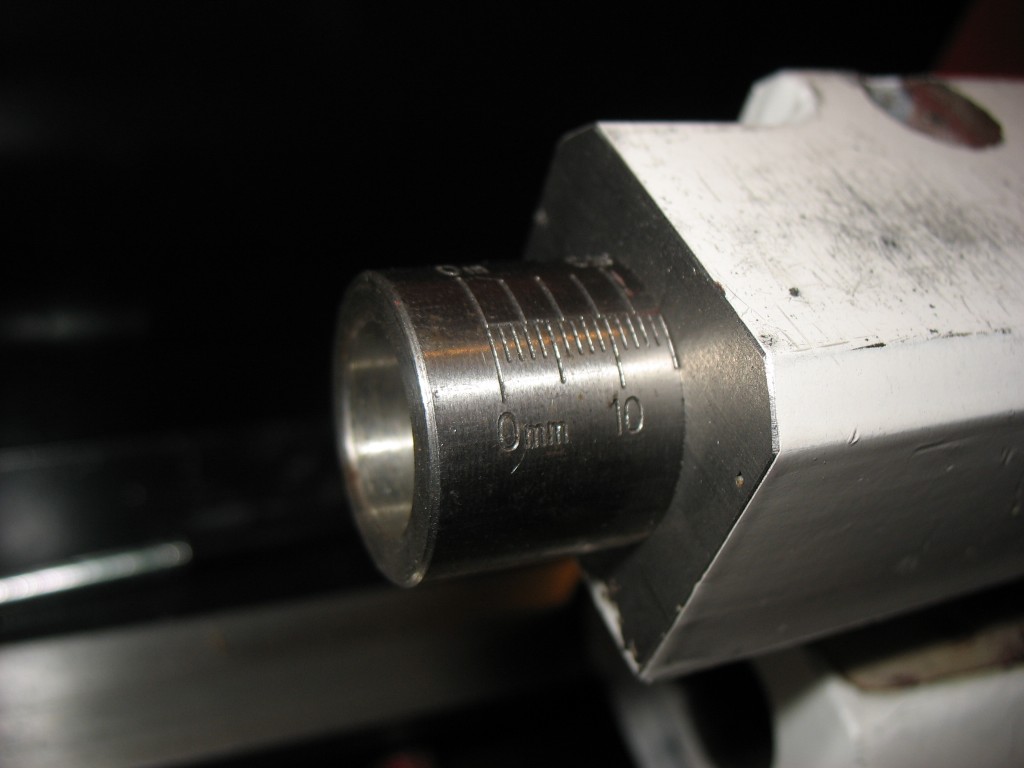 I solved this by using a little depth gauge adapter made for aligning things in the 4 jaw chuck.  the compound has to be rotated about 180 degrees to allow the gauge to engage the quill.  The gauge can then be moved up and down the quill, and thereby provides a solid indication of when the quill is in or out of alignment with the bed.  This was invaluable.  Alignment then preceded with gentle tapping and wiggling until it all looked about right.  This has proved to be good enough for now, though I intend to do something more rigorous later on if nessassery. 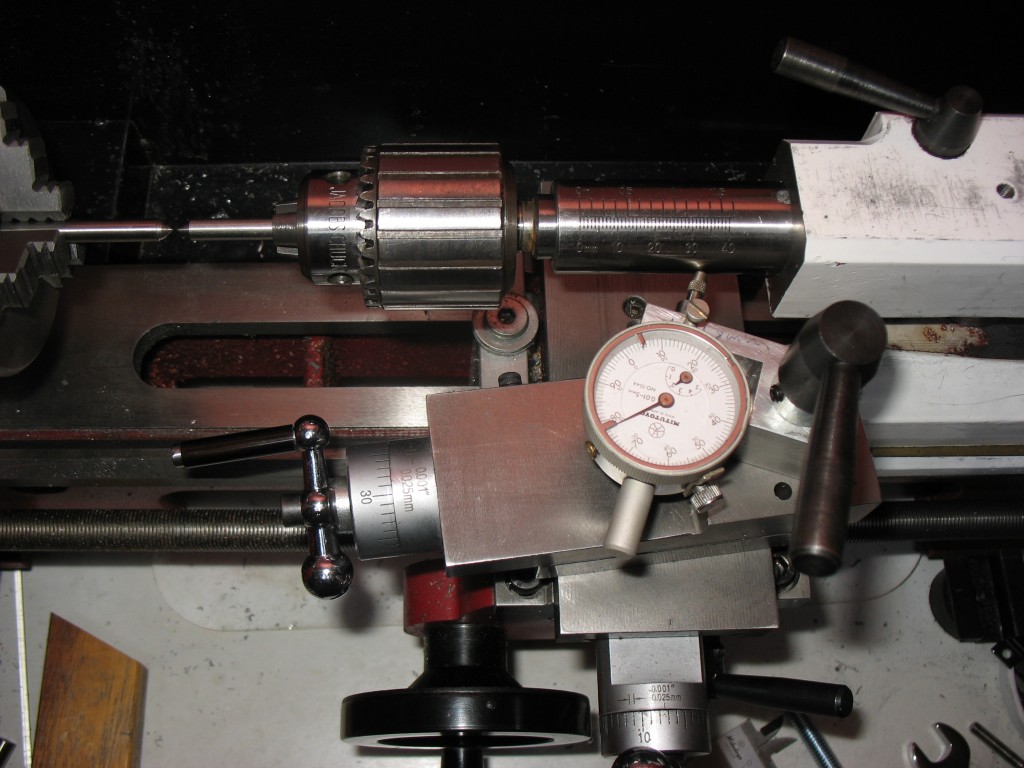 Tailstock problems solved by radical simplification and a little more attention to finish.  It’s just as easy if not easier to adjust than it was before modification and much more rigid.  The only slight down side is a spanner must be used to lock it in place, but that’s no biggie and the raised locking nut makes it easy to locate by feel with the spanner.