So I was bored.  Then ebay. 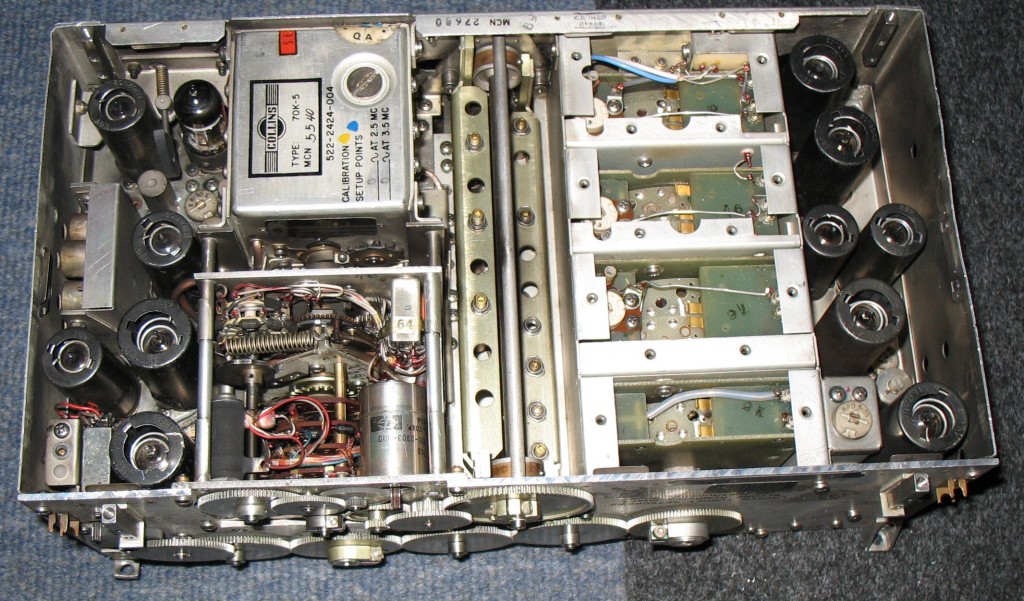 This beast has it all, motors, mechanical moving parts, valves, transistors and several different kinds of dirt.  I’m not 100% sure of its actual function, but as close as i can tell it was some sort of re-broadcast device that took signals on one carrier and output the same data on a different carrier.  You can see here lots of tuning circuits all controlled by a gearing system. 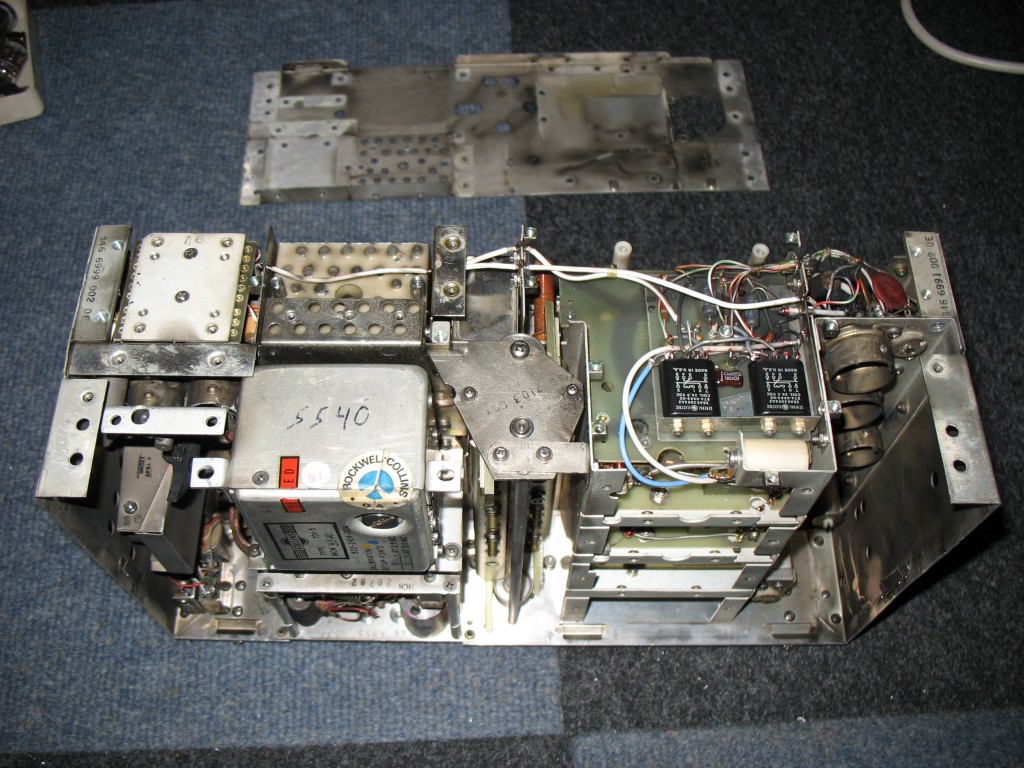 more internals, you can see a couple of quite nice hermeticaly sealed relays with coax leading to them.  despite being old enough to feature valves prominently a lot of the wiring in this was actually silver teflon.  There are some odd design choices used in the overall construction, for example they could clearly make very nice PCBs, as you can see on the board under the relays but all the wiring around the valves is all extremely high density point to point. The oscillator unit (the box with the red and blue stickers on)  had at least 3 transistors in also and was non-trivial to extract which makes one wonder why not use them throughout 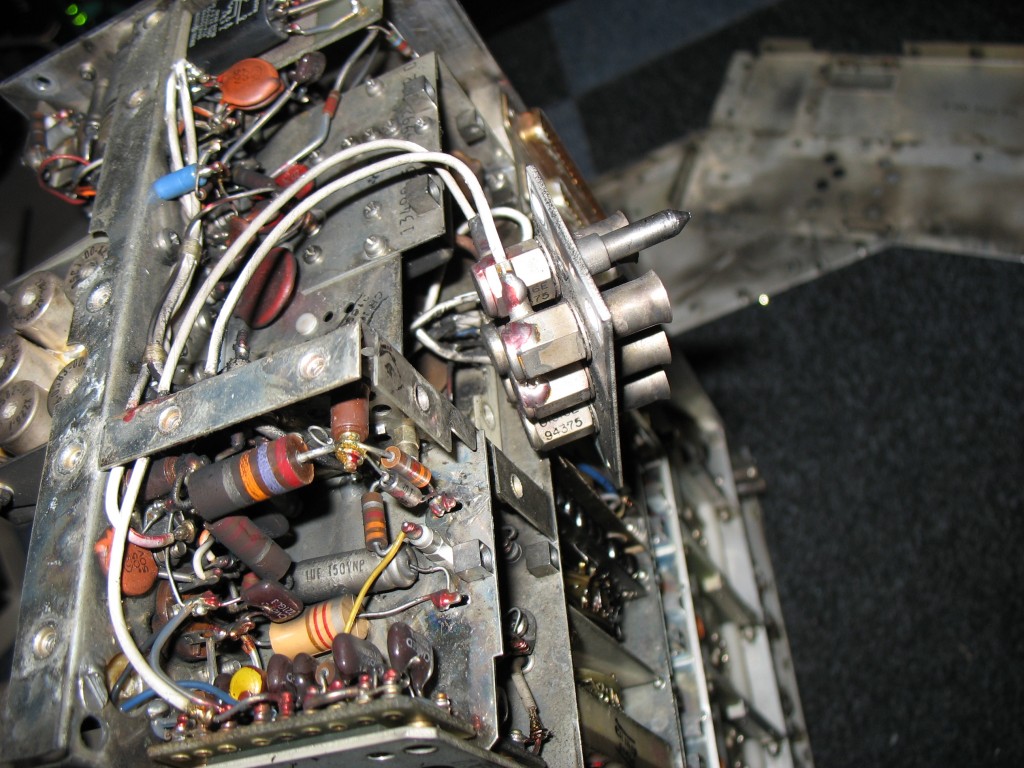 An example of the point to point wiring.  Must have been almost impossible to repair.  Very dirty as you can see. 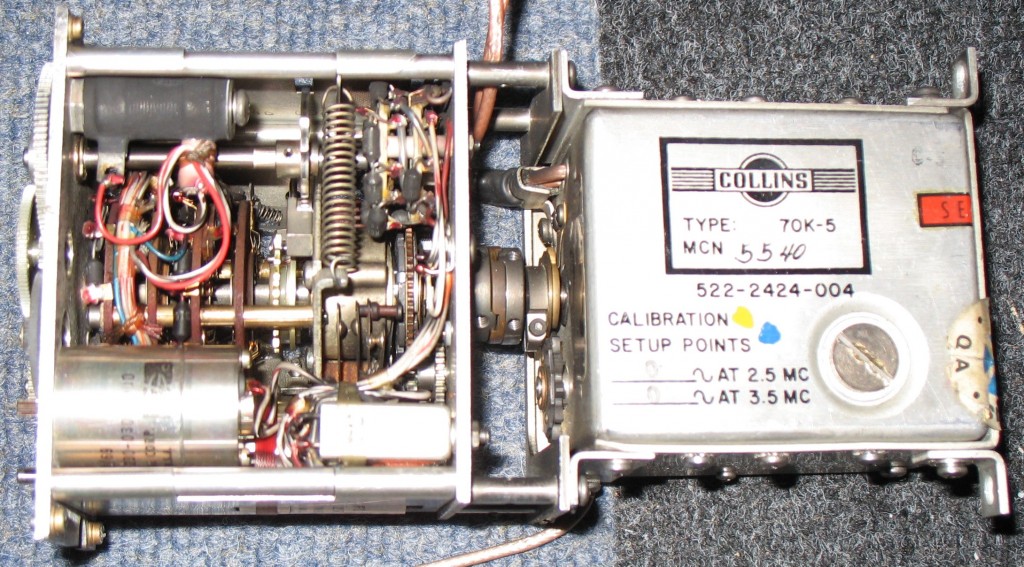 the oscillator coupled to a very high density switch unit 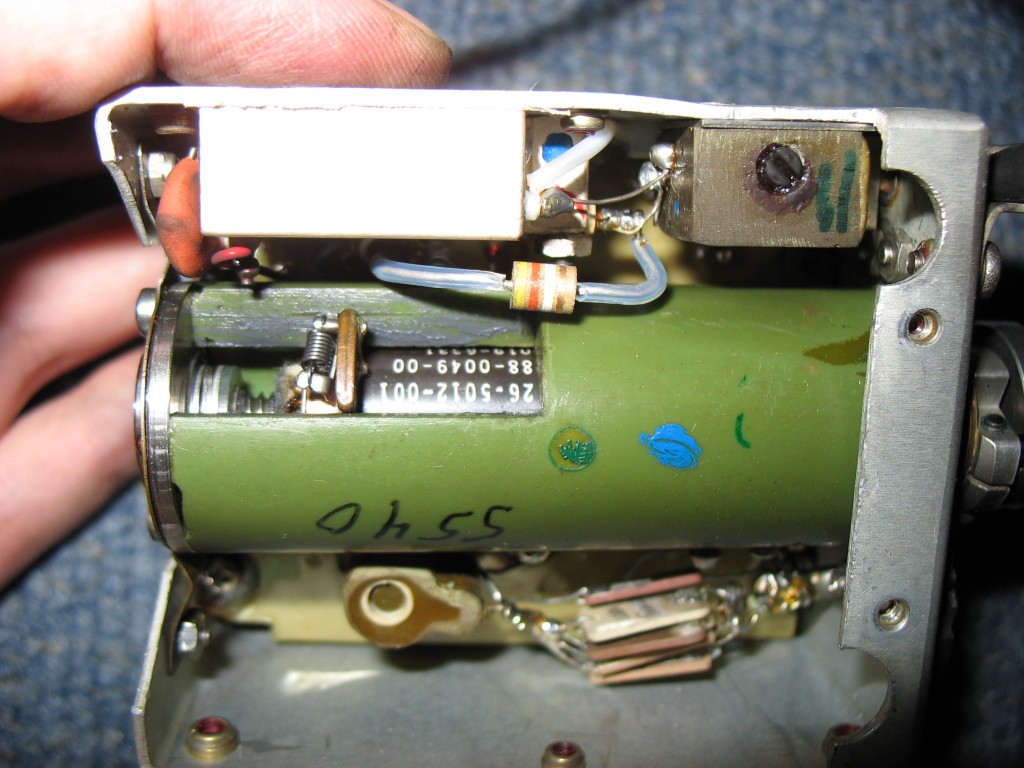 Inside the oscillator box there was a precision variable inductor.  the coil was wound on the right hand side of the green stuff and the black ferrite with the white text on was inserted or removed by a threaded steel rod.  presumably the field was week enough to only be affected by the close proximity of the ferrite rather than the steel threaded rod that ran the entire length of the assembly 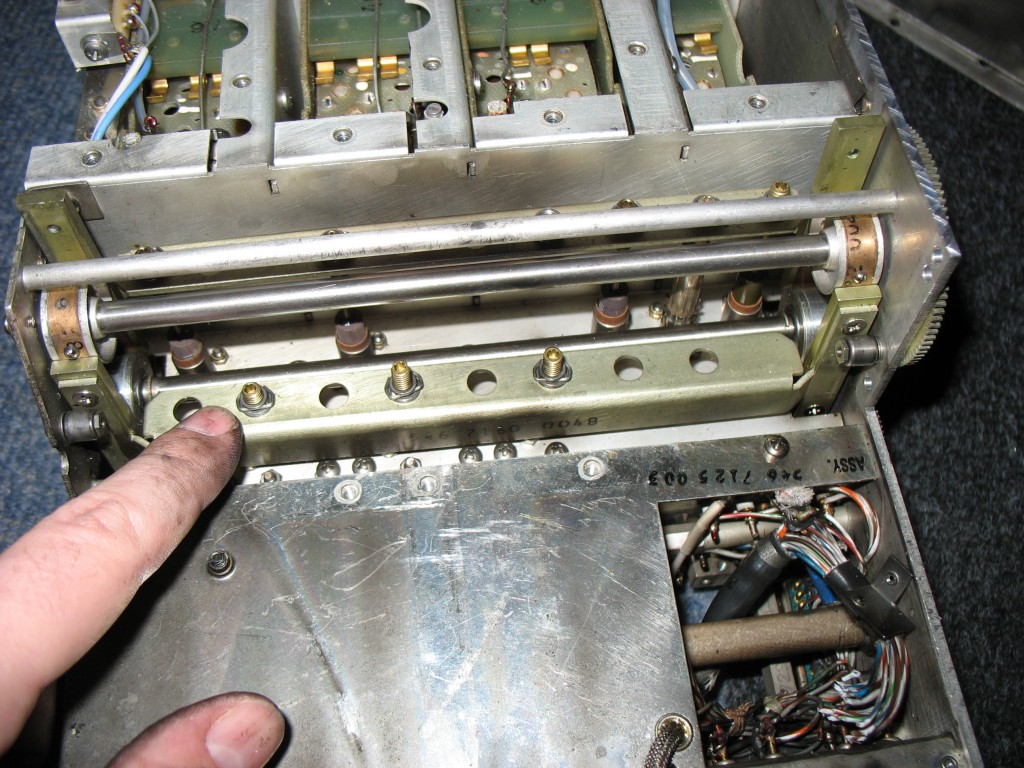 a fancy coupled tuning system using inductors rather than capacitors.  As the bar I am pointing to went down, the one behind it was pulled up.  each bar had several ferrite cores attached, which were passed through coils as the bares moved.  must have taken someone weeks to perfect that design 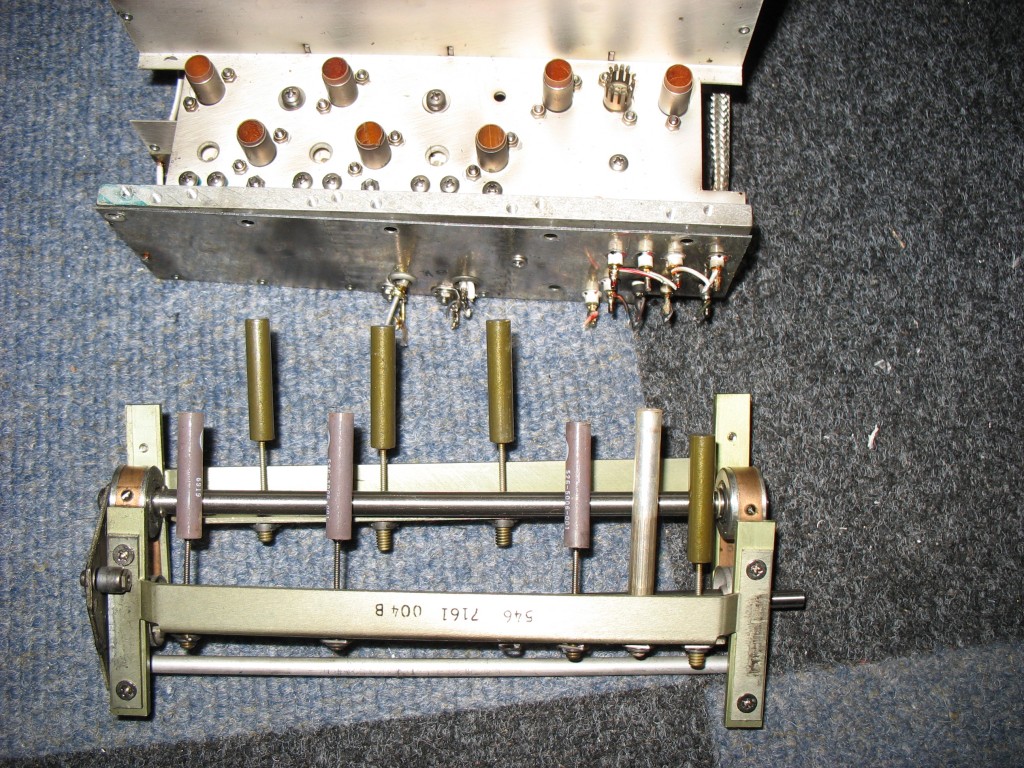 Here you can see the ferrite cores and orifices into which they fitted. 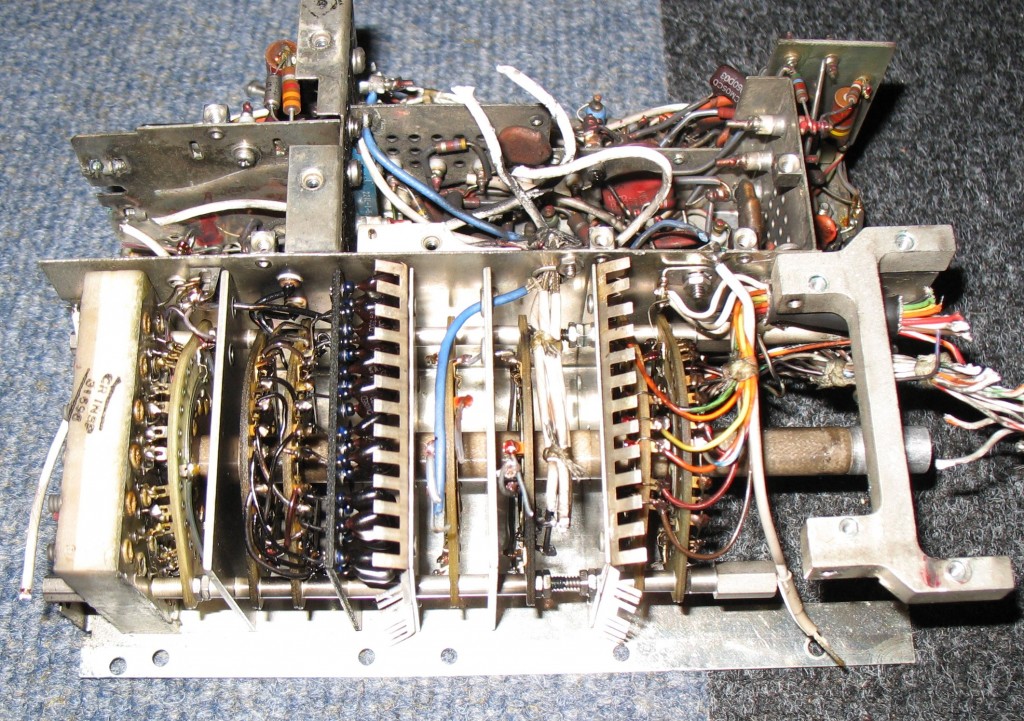 A massive multi way switch.  Very dirty and greasy, I didn’t bother to disassemble this part any further 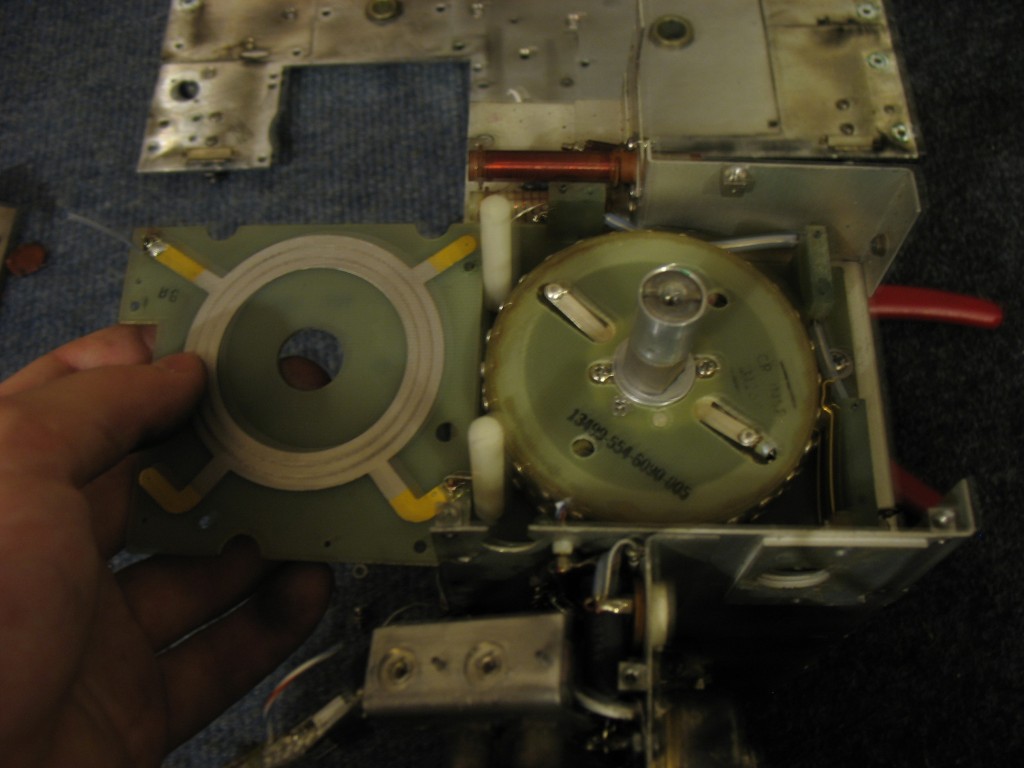 Another multiway filed with carousel structures containing either many mica caps or coils.